Poundworld, which admitted five food safety offences and two health and safety breaches at an earlier hearing, refused to divulge the accounts of its parent company.

However, Croydon Crown Court heard that in May 2015 Poundworld had been acquired by Poundworld Bidco on behalf of funds controlled by TPG Capital, a global private equity investment firm with assets worth more than £57m.

Croydon Council brought the prosecution after visiting Poundworld's North End store in February 2016. Food safety officers had responded to a complaint from a member of the public, who had seen evidence of rodent activity on the store's shop floor. When officers arrived, they found an out-of-control infestation.

On further inspection, they found that some areas of the basement and storage areas were in darkness. The goods lift was not working, so staff had to carry stock up to the shop floor. No risk assessment had been carried out for this activity. 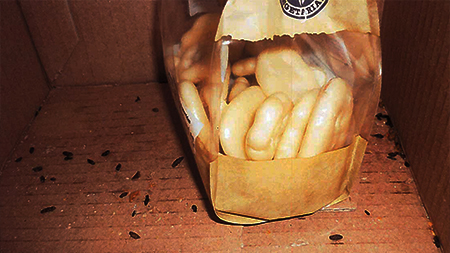 Officers also found there was no hot water, inadequate heating and poor housekeeping, which resulted in stock being left in a haphazard and dangerous position.

The shop was dirty and littered with mouse droppings. Food on display was gnawed and rodent urine and faeces were found over packaging and products. Some products' gnawed packaging had been "repaired" with adhesive tape and returned to the shop shelves for sale.

The court's requested details of TPG's finances were "respectfully declined" by the defendant's counsel on the basis that, in his representation, Poundworld, TPG and other companies are not linked organisations.

Her Honour Judge Smaller said: "In the absence of being given sufficient reliable information, I am entitled to draw reasonable inferences that Poundworld can pay any fine."

Councillor Hamida Ali, cabinet member for communities, safety and justice, added: "By imposing such a substantial level of fines and costs, the courts take seriously the matter of food retailers' responsibility to ensure they adhere to legal requirements designed to protect the health and safety of their customers and staff."

Poundworld was fined £660,000 for the food hygiene offences and £500,000 for one of the health and safety offences -- with no separate penalty for the second -- at Croydon Crown Court on 9 March.