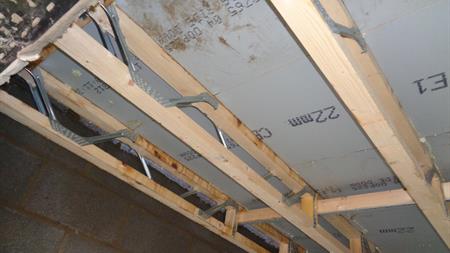 Lincoln Magistrates' Court was told on 25 August that the 60-year-old joiner was working on the first floor of a building in Grimsby, Lincolnshire when the incident occurred in December 2016. He was installing joists and flooring for Mager Homes and had stepped back after laying a floorboard when he missed his footing and fell through a gap between the joists to the ground floor.

The joiner sustained broken vertebrae and was left paralysed from the chest down. He now uses a wheelchair and cannot return to his former trade.

The Health and Safety Executive (HSE) investigation found that Mager Homes had failed to provide workers with basic safeguards, including an adequate working platform. There was also no edge protection nor fall prevention equipment to minimise the risk of falls on-site.

Mager Homes pleaded guilty to breaching s 3(1) of the Health and Safety at Work Act. The house builder was fined £26,000 and ordered to pay £795 in costs.