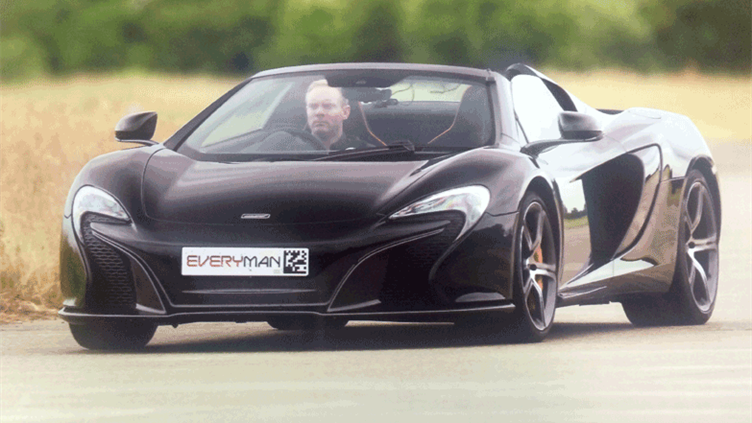 I've loved cars since I built my own Lotus Seven replica in 2001. I wasn't really satisfied with the 1.6 litre engine, so I put a 4.5 litre V8 in it and had to modify the chassis to get it in. That was very quick and I got a taste for speed.

About eight years ago I had to get rid of the car for family reasons. A year later I was approached by a friend who worked for an driving experience company, Drivers' Dream Days (now Everyman Racing). I went through training and did a bit of marshalling to gain experience, then started driving for them one or two weekends a month in a Subaru Impreza.

I moved up to the TVR, Caterham, Lotus Elise, then on through the range of Ferraris, Aston Martins, the Audi R8 and, once I had been doing it for a few years, I progressed to the Lamborghinis. We had one of two Gallardo Balbonis in the UK, which Lamborghini's test driver had made lighter, and faster, stripped out the computer controls and made rear wheel drive. It was like a Lamborghini on steroids with a bad temper. In the dry it was amazing, but I once drove it in the snow and I could hardly keep it straight . Finally, I moved up to what they call the "widowmaker", the LP640 Murcielago, more than £250,000 worth of car, with a V12 engine, 630 horsepower, 0 to 60mph in 3.1 seconds and topped 209 mph.

Sometimes I'd take people round the track and others I'd be in the passenger seat instructing them how to get the best out of the car and how to go as fast as possible as safely as possible. My aim was the passenger getting out with a grin on their face. 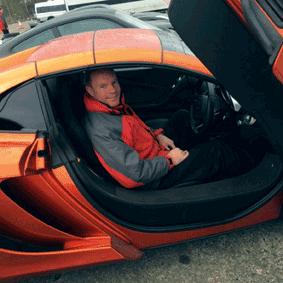 Eventually, I moved on to the best cars they had, the McLarens, and the ultimate one, the 650S. It sounds strange when you are talking about Lamborghinis, but taking them out as much as 50 times a day I got used to many of the cars. But I never stopped being excited by the 650S, which was capable of 0 to 60 mph in three seconds and had a top speed of 204 mph. The turbos operate at very low revs and people swear when it happens.

It's all about balance and keeping the car stable; you are always calculating well in advance and looking at your escape routes and thinking "If that doesn't go the way I planned, where am I going to go?" or "How am I going to get control back if I lose it?"

I've had instances where the car has spun because the customer has done something you wouldn't expect. But you very calmly opposite lock the car while you are spinning and pull it back straight without coming off the track. You have to be able to read their body language and how they are going to behave. I learned to read people and not judge them, to work with their abilities. You just had to talk to people and understand why they did what they did. (They would brake on the corners, and that's what you are taught to do on the roads but it's the quickest way to destabilise an expensive car; you keep your foot on the accelerator and you balance the car.) You are watching for subtle movements in their hands and feet. Sometimes if I could tell someone was nervous about coming up to a corner, making it likely they would react in a harsh way, I'd put my hand on the steering wheel and just rest it there and it made them relax. Other times if people were overconfident and weren't listening in a car I knew well, I'd let them slip up - safely. Then I'd give them a chance to stop and think, then help them build their confidence back up.

You sometimes have to show people from an emotional point of view this is what's going to happen if you don't do things the safe way. When I've done culture change programmes I've tried to get people to understand and explain the consequences of their actions and that's what I used to do in the car.

People came to that track to go home safe, but after pushing their boundaries in a controlled way.

Safety is about planning. You think of all the variables: you'd look at the tyres and the brakes then take the car out and test it until you were happy with how the car would behave. It's about taking the time to learn the cars and how they respond. That's competence. It's recognising your limitations and saying "I'm not good enough to do that yet but this is what I need to do to get there".

Driving was a bug, I loved it. I decided to take a break recently to concentrate on my job and my family and a new house. But I'll come back to it.