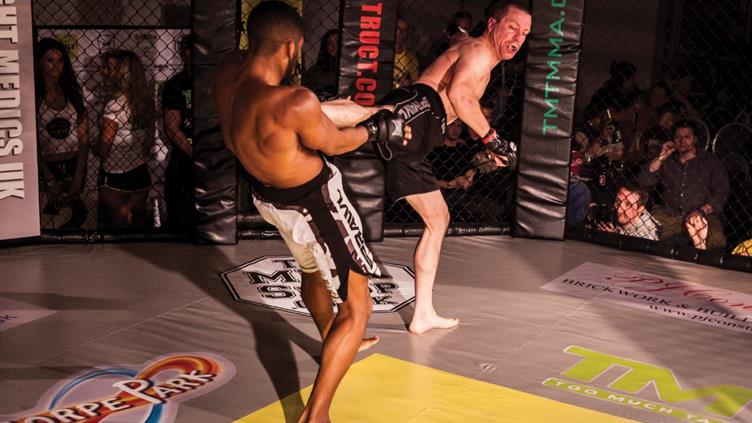 I went to a local club and started doing some kickboxing and taekwondo and really enjoyed it. Yet, like most youngsters, I must have found something else that interested me, so I gave it up. However, it obviously made an impact and eight years later I went back.

This was 1996. I was 19 and I became hooked again. I was training six times a week at a gym in Kingston upon Thames, and thoroughly enjoying myself. It also kept me out of mischief as I'm sure there are worse things that a lad of my age could have been getting up to.

Three years later, I achieved the rank of a black belt. It was tough, both mentally and physically but progressing through the different colour belts keeps you on track and focused. It encourages you to keep learning and developing. It's similar to my work as a safety professional. I work in a lab environment, and you have to constantly adapt and take on board new skills to keep people safe.

I became a mixed martial arts instructor and have been doing that ever since, teaching three times a week at the same club where I'd trained previously. It's wonderful seeing people develop. I instruct a range of students from all backgrounds: male and female, young and adult. The pleasure and satisfaction comes from seeing individuals develop, change and achieve goals that they perhaps never thought possible.

Realising that capacity for change is the goal of a project that I help run. Wimp to Warrior is a six-month, intense training programme that originated in Australia, culminating in students competing in a cage fight.

Training is daily, for two hours, from 5.30am, covering strength and conditioning as well as mixed martial arts. It takes a huge amount of dedication, and again is taken up by a range of people from all sorts of backgrounds with all sorts of reasons for doing it. People are keen to get fit but others come with mental health issues, such as depression, and see it as a way of fighting their demons, not just other people. 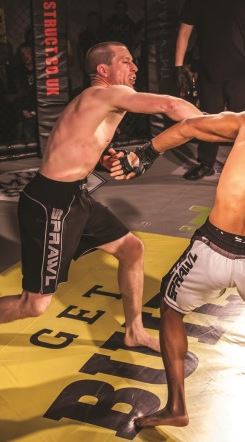 The art of combat is reward versus risk. I've been doing this sport for nearly 18 years and I've had my fair share of cuts and bruises, even a 12 cm gash to the forehead after a receiving a blow from an opponent's knee. That was an accident, not malicious and I was essentially unlucky.

As an instructor, I'm constantly risk-assessing in the class. Lesson planning is essential; you can't put a 100 kilo student with one of 80 kilos, but it's easy to take your eye off the ball when you're teaching a class of 20 -- that's ten pairs of students carrying out an exercise with the potential for injury.

I always ensure that my students wear gum shields; I tell them that replacing teeth can cost hundreds of pounds but a shield is only a fiver. Other than this, though, there is little personal protection. We train in gyms with padded floors and walls that help to reduce the risk, but when I first started out we were hiring places with wooden floors. If you took a bad fall on that surface you'd certainly know about it.

I try to communicate that the sport is not a violent one; it's not about hurting your opponent. It is a controlled and disciplined activity, about looking after yourself and protecting yourself should a situation arise. I've been able to transfer this over to some of the staff here at BP, where there can be an element of lone working.

That said, I do like the striking element of mixed martial arts, and I like the escapism that it offers. I never worry about my mortgage when someone's punching me. It's also introduced me to some great people and I've made some great friendships.

It's amazing how a relationship can blossom after you've been punched in the face by someone.