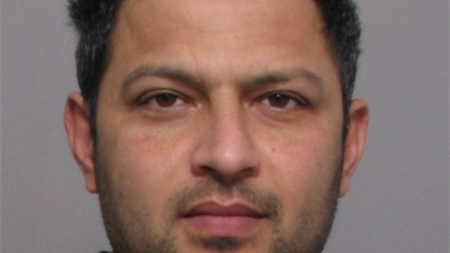 Faruk Patel told police that workers at the site in Leicester could take care of themselves and were aware of the dangers, adding that 40 year-old Tasadaq Ur-Rehman was responsible for his own death.

Patel, from Leicester, had no experience of managing construction sites.

Ur-Rehman was hired on a casual basis to fit doors and windows at the site on 24 and 25 January 2015. On the first day, while working on a first floor flat roof, Ur-Rehman fell 3 m through an open skylight, sustaining severe head injuries. He died four days later on 28 January at Queen's Medical Centre in Nottingham.

A joint investigation by the Health and Safety Executive (HSE) and Leicester Police found an array of safety failings, including a lack of guarding round ceiling openings on the first and second floor.

Patel had also failed to provide scaffolding in the area where the windows were to be fitted.

On 26 January 2015, two days after the fatal incident, the HSE issued Patel with a prohibition notice halting all work at height, but on subsequent visits inspectors found that work had continued.

When police visited the site on 10 February 2015, the notice had again been breached. Patel was arrested and charged with manslaughter by gross negligence.

In December 2015, Patel had already pleaded guilty to breaching Section 3(2) of the Health and Safety at Work Act and for twice breaching a prohibition notice. He was sentenced to eight months in prison for the offences, to run concurrently with the two-and-a-half- year manslaughter term.

Patel was found guilty of manslaughter and jailed for 30 months by Justice John Saunders.

In his sentencing remarks Justice Saunders said: "It seems the defendant had no idea of the responsibilities he had for maintaining the safety of the site. The defendant paid no regard to health and safety requirements whatsoever."