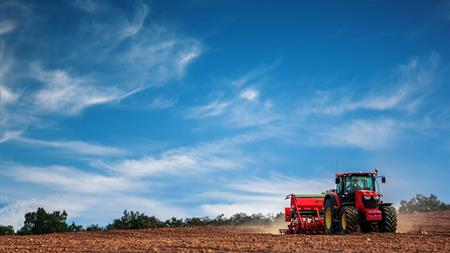 Figures released by the Republic of Ireland's occupational health and safety regulator, the Health and Safety Authority (HSA), show that 37 people died in work-related accidents in 2018. This is a 23% decrease on 2017 when 48 workers were killed.

The farming sector accounted for the largest proportion of deaths last year -- a total of 15 people died -- even though workers in this sector make up only around 6% of the total workforce. However, it is significantly lower than the 25 deaths recorded in 2017.

The second most fatal sectors were construction and transport and storage, with five deaths each, followed by fishing and aquaculture, which saw four deaths.

Dr Sharon McGuiness, chief executive officer of the HSA, said the decline in the rate of work-related fatalities in 2018 is "significant" given that it was as high as 6.4 per 100,000 of the working population in the early 1990s, but acknowledged "there is clearly still more to be done".

She added: "Although farming has seen a very strong improvement in 2018, 15 fatalities, which represents 41% of total fatalities, is still far too many for a sector that employs just 6% of the workforce. The next highest sector is construction with five deaths (14% of the total) so both sectors will remain a key priority for us in 2019."

Bruce Phillip, chair of IOSH's Ireland branch, said: "A continued drive in this positive direction is needed to prevent fatalities on farms. Farmers are a hard-to-reach group and it is important that we work together to meet this challenge and continue to raise awareness of farm safety."