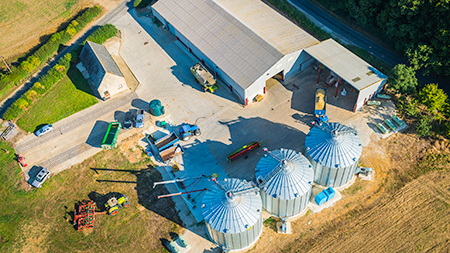 At the request of a coroner into a recent fatality in a bulk storage tank, the HSA compiled the publication to help farmers identify confined spaces on their farms, and to warn farmers of the possible risks of exposure to dangerous gases in confined spaces.

The document explains the dangers associated with confined spaces and sets out practical steps on how to prevent life threatening incidents on the farm.

"The safest approach with any confined space is to avoid going in there in the first place. If work must be done in a confined space, it should only be carried out by trained professionals."

Launching the new guidance, Minister Pat Breen TD highlighted that farming is still the most dangerous job in Ireland with an average of 21 deaths a year in workplace incidents and 207 farming fatalities in the last decade (2009-2018).

"While there have been some improvements with 15 farm-related deaths in 2018, every death is one too many, and leads to devastation for the loved ones and communities left behind," he said, speaking at the National Ploughing Championships earlier this week.

"I would urge all those involved in working on farms to read the HSA's new publication and to familiarise themselves with the dangers of working in confined spaces."

Confined Spaces in Agriculture -- Steps to Manage the Risks can be downloaded here.