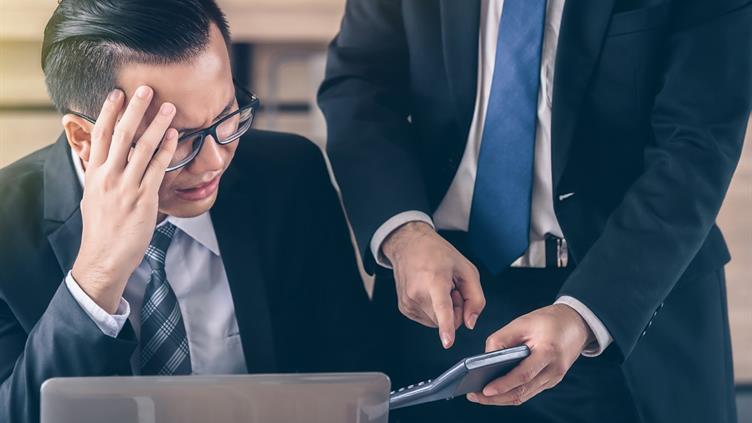 The Irish Workplace Behaviour Study, published today, reveals that more than two in five people say they have experienced a form of ill-treatment at work, while one in 12 have experienced and/or witnessed physical violence. This is despite most organisations having policies in place to prevent it.

Commissioned by the Institution of Occupational Safety and Health (IOSH), the study was carried out by researchers from the National University of Ireland (NUI) Galway, along with the universities of Limerick and Plymouth. The study of 1,500 people, interviewed in their own homes, is the first study of its kind in Ireland.

The main findings were:

&bullet; 43% of respondents reported having experienced ill-treatment, while 47% said they had witnessed it and 17% stated they had perpetrated it

&bullet; 31.3% reported having experienced incivility or disrespect, 38% said they had witnessed it and 9.5% stated they had perpetrated it

&bullet; 2.6% reported having experienced physical violence, 5% said they had witnessed it and 0.5% stated they had perpetrated it

New guidance has now been produced by IOSH to help employers ensure their staff do not suffer the effects of ill-treatment.

"It is alarming to see the amount of people who felt there was nothing to be done, even if they reported an issue. Everyone has the right to be respected at work. Any form of ill-treatment is completely unacceptable.

"It can have a huge impact on an individual and the team around them, causing stress and tension which ultimately has an effect on the business as a whole. Ill-treatment at work is linked to physical and mental health issues, which in turn affects the decisions people make and increases risks to themselves and those around them.

"Together with the guide, we hope we can support businesses to create healthy work environments in which their people can feel supported and the business can in turn thrive."

The study also revealed that:

&bullet; women are significantly more likely to experience ill-treatment on two or more occasions per day, with the perpetrator often being another woman

&bullet; there is a correlation between ethnicity and ill treatment: workers of black, mixed or Asian ethnicity have the highest levels of experiencing and/or witnessing violence; Asian workers are seven times more likely to experience violence at work than white workers; ill-treatment of black and Asian workers is usually perpetrated by individuals of the same ethnicity

&bullet; some workers believe reporting an issue would not help and could even worsen their situation. They believed middle managers were either unable or unwilling to act on complaints, or that policies were too complicated.

"This research is extremely important to Ireland. The HSA has previously conducted research into bullying in Ireland (bullying is defined as repeated inappropriate behaviour, which a reasonable person would regard as undermining an individual's right to respect and dignity at work). However, the Irish Workplace Behaviour Survey goes much further, looking at the prevalence of unreasonable management, incivility or disrespect and violence and aggression.

"The British survey showed the prevalence and the effect of low-level ill-treatment. We were keen to know whether we would find the same happening in Ireland.

"The research showed how pernicious ill-treatment is. Ill-treatment increases stress levels resulting in illness and presenteeism, and this in turn can affect the productivity of the organisation. Employers need to take negative behaviour seriously, and look to see how they address it through creating a work environment that is positive and respectful of staff and their work."

"This is a timely report from IOSH, particularly in light of Minister Breen's request to review our Code of Practice for Employers and Employees on the Prevention and Resolution of Bullying. I very much welcome any research that deepens our understanding of occupational health issues and look forward to engaging with stakeholders to improve the working environment for all."

To view the guidance published by IOSH, visit www.iosh.co.uk/workplacebehaviour