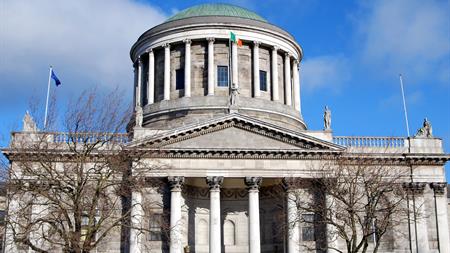 Kilsaran Concrete, based in Dunboyne, County Meath, was fined last February following the death of Barry Gargan, 28. The company pleaded guilty to breaching s 8(2)(a) of the Safety, Health and Welfare at Work Act 2005, contrary to s 77(9)(a), for failing to ensure the safety and welfare of its workers.

Ireland's Health and Safety Authority (HSA) found that Gargan was working on a wet cast production line at Kilsaran Concrete's Piercetown plant on 6 September 2011. The unit comprised automated moving equipment and was inside a guarded safety cage. Gargan had been instructed to work inside the caged area and was killed instantly when a hydraulic arm crushed him against a vibrating table.

A Kilsaran Concrete manager, Carl Griffin, was ordered to pay €10,000 (£8,500) after he admitted authorising the employee to work inside the guarded area of the production line.

The company and its manager were fined by Judge Michael O'Shea in Trim Circuit Court on 18 February 2016.

However, the Director of Public Prosecutions appealed to the Court of Appeal against the leniency of the sentence. The court agreed and increased it by €875,000 (£704,000).

Leinster Leader reported that, giving judgement, Justice John Edwards said the company had prioritised profits above employees' welfare and that there had been a "wilful neglect of the duty to ensure the safety of Kilsaran Concrete's employees and a calculated decision to take unjustified risks".

He said the "impugned practices were not merely condoned, they were encouraged and indeed participation in them was required by a member of senior management".

He concluded that the original fine imposed by the Circuit Court judge was inadequate and "unduly lenient" and that the seriousness of the offence warranted a €2m (£1.7m) fine, which was halved in light of the company's guilty plea, cooperation, corrective measures taken and its good safety record.

Brian Higgisson, assistant chief executive of Ireland's Health and Safety Authority, said: "A fine of this size sends a clear signal that the safety, health and welfare of workers is of paramount importance and cannot be disregarded.

"This accident was caused by a deliberate breach of safety procedures and should not have happened.

"The area was considered extremely dangerous and the practice at Kilsaran Concrete of allowing workers to bypass the safety controls and work inside the danger zone showed a blatant disregard for the safety and health of workers."