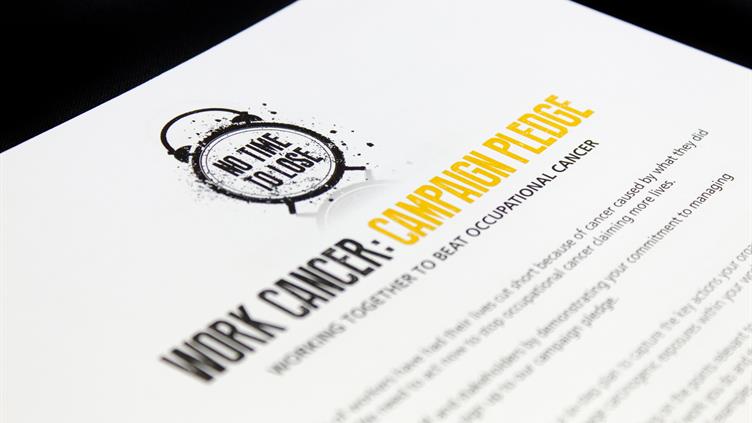 The Roadmap is a voluntary action scheme which aims to share good practice between businesses across Europe to reduce workers exposure to cancer-causing substances.

The scheme was launched at the 'Preventing work-related cancer, conference on carcinogens', hosted by the Netherlands' Ministry of Social Affairs and Employment, in Amsterdam, earlier this year.

All have signed a covenant to keep the prevention of work-related cancer a priority until 2019. At the conference, a proposal for new occupational exposure limits (OELs) for 13 carcinogenic substances was also announced.

Each year, it's estimated more than 100,000 people die in Europe as a result of exposure to carcinogens at work. The new proposal for OELs, along with the Roadmap, aims to save thousands of lives annually.

The scheme encourages organisations to get involved by sharing their good practice and ideas on how to prevent and reduce exposure to carcinogens at work with the rest of Europe, and will act as a hub for all activities.

Jos de Lange, Focal Point manager of the Netherlands, TNO, said: "IOSH's No Time to Lose campaign is of tremendous value to the Roadmap on Carcinogens -- it offers various solutions that are both well-founded and practical to apply in everyday workplaces, including an international action plan, free materials to raise awareness about occupational cancer, and the option for workers and employers to consult an expert. With this campaign, there is no excuse not to become active."

Richard Jones, IOSH's head of policy and public affairs, said: "IOSH is delighted that our No Time to Lose campaign has been showcased as a good practice initiative on the Roadmap on Carcinogens.

"Occupational cancer is a serious issue that affects countries worldwide and strong leadership, commitment and sustained focus are needed to help address it. Our free practical resources are designed to help businesses communicate important messages about reducing exposures to cancer-causing agents at work -- everything from factsheets, posters and leaflets to films, infographics and case studies to help organisations tackle this significant health issue."

To find out more about the Roadmap on Carcinogens, visit www.roadmaponcarcinogens.eu

For more information about IOSH's No Time to Lose campaign, go to www.notimetolose.org.uk