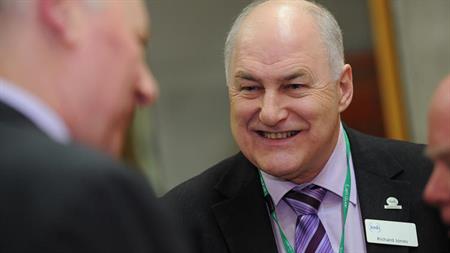 The global body has welcomed a renewed commitment to deal with the issue from UK Prime Minister Theresa May.

To mark the first anniversary of the Modern Slavery Act 2015 -- which Mrs May introduced while serving as Home Secretary -- she said a new UK cabinet taskforce would tackle the "sickening and inhuman crimes", and that £33 million from the UK aid budget would go towards funding initiatives overseas.

Under the Act, commercial organisations with a turnover of £36 million or more must produce a statement each financial year, showing what steps they have taken to make sure there is no modern slavery in their business and supply chain.

Following the Act's launch, IOSH called for a lowering of the statement threshold and encouraged all firms, regardless of their turnover, to voluntarily disclose the required information.

Richard Jones, head of policy and public affairs at IOSH, said: "IOSH was pleased to respond to last year's consultation on eradicating modern slavery and improving supply chain transparency, and welcomes the Government's ongoing commitment to tackling labour market human rights abuses and the setting-up of its new taskforce.

"We urge the Government to require public sector, as well as private sector, anti-slavery disclosures and to also use due diligence and transparency as Government procurement criteria. This way, it can lead a 'race to the top' in corporate governance and social responsibility."

A review to mark the first anniversary of the Modern Slavery Act found there had been 289 modern slavery offences prosecuted in 2015 - and a 40 per cent rise in the number of victims identified.

Writing in the Sunday Telegraph at the weekend (31 July 2016), the Prime Minister stated that her government will "lead the way in defeating modern slavery".

She said: "These crimes must be stopped and the victims of modern slavery must go free. This is the great human rights issue of our time, and as Prime Minister I am determined that we will make it a national and international mission to rid our world of this barbaric evil.

"Just as it was Britain that took an historic stand to ban slavery two centuries ago, so Britain will once again lead the way in defeating modern slavery and preserving the freedoms and values that have defined our country for generations."

The Home Office has estimated that there are between 10,000 and 13,000 victims of modern slavery in the UK, with 45 million estimated victims across the world.

Modern slavery includes offences of human trafficking, slavery, forced labour and domestic servitude. Victims can be men, women and children of all ages and across the population, with more prevalence in the most vulnerable, minority or socially excluded groups.

You can read Theresa May's article, as published in the Sunday Telegraph, here.

The consultation response made by IOSH during the drafting of the Modern Slavery Act can also be viewed here.