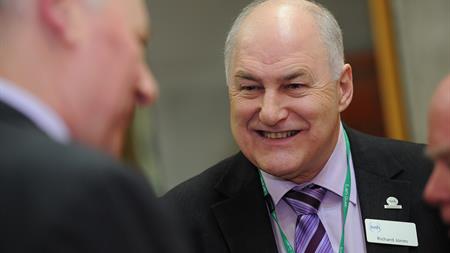 The Business and Human Rights Resource Centre watchdog has revealed a list of 540 organisations that have produced anti-slavery disclosure statements for the 2015-16 financial year, as required under the UK's Modern Slavery Act 2015.

The Centre says its registry, which can be viewed here, aims to allow comparison and benchmarking of companies' policy and practice; assist investors in assessing company risks; and help consumers identify companies that are leading on anti-slavery.

Richard Jones, head of policy and public affairs at IOSH, said: "IOSH welcomes the work of the Business and Human Rights Resource Centre in providing this enhanced registry for anti-slavery disclosures.

"We would encourage organisations to share their statements with the Centre and those procuring goods and services, or considering making investments, to use this searchable database to help inform their decisions.

"We believe that enabling enhanced visibility about how organisations are managing risks in this vital area can help drive a 'race to the top'."

Under the Modern Slavery Act, companies which have an annual turnover of £36 million or more must report annually on what they have done during any given financial year regarding anti-slavery, and preventing human trafficking in their organisations and supply chains.

Businesses are expected to publish their statements as soon as reasonably practicable after the end of each financial year, with the first set of disclosures covering businesses with a year-end of 31 March 2016.

Guidance issued by the UK Government, which can be viewed here, encourages organisations to make their reports within six months of the financial year end.

The guidance states that producing a regular annual statement "will ensure organisations can build upon earlier statements and demonstrate to the public, consumers and investors that they are being transparent, not because they are required to do so but because they consider it important".

To mark the first anniversary of the Modern Slavery Act in August, IOSH urged the UK Government to lead an anti-slavery 'race to the top'.

The consultation response made by IOSH during the drafting of the Modern Slavery Act can also be viewed here.