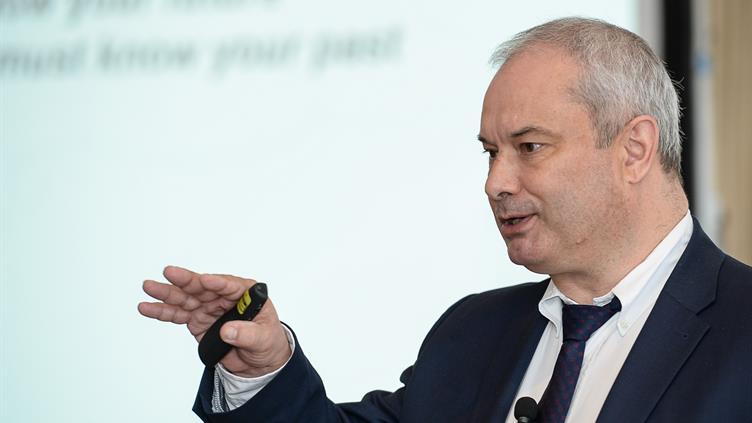 With the publication of ISO 45001 still several months away, Kristian Glaesel, Convenor of the committee responsible for drawing it up, said the draft standard provides information about the forthcoming requirements and will be available to view shortly.

Speaking at the ISO Masterclass Roadshow in Coventry, he said: "The framework of ISO 45001 follows the new harmonised structure, Annex SL. So, organisations can use this to start preparing."

The roadshow event, held on Thursday 30 March, was one of four being held by IOSH across the UK to guide businesses on how implementing ISO (International Organization for Standardization) management systems can cut costs and increase efficiency.

ISO 45001 will provide organisations with a universally-accepted framework for creating healthy and safe workplaces.

The second Draft International Standard for ISO 45001 will soon be available, and IOSH members will be able to comment during the consultation phase.

It is hoped that it will be published by the end of this year, about 12 months later than originally planned.

Kristian, who is also Managing Director of Glaesel HSEQ Management, said the fact it is being published later than planned will ensure it is the best it possibly can be.

"I would rather spend half a year more coming out with the best structure we can, rather than half a year less and that not be the case," he said.

As well as ISO 45001, the roadshow event highlighted how businesses can integrate two other standards: ISO 9001 and ISO 14001.

David Smith, Director of IMS Risk Solutions and Chair of the BSI Management Systems Expert Group, spoke about ISO 9001, the system designed to help organisations assure customers of their ability to provide products and services which meet their needs.

He said directors and other senior managers have responsibility to ensure quality throughout their organisations, adding: "Quality management has to be aligned with the strategic direction of the organisation."

"They see this as being about reducing operating costs and reducing waste and the costs associated with that," he said.

After the Coventry event, Richard Jones, Head of Policy and Public Affairs at IOSH, said: "It's been fantastic to see the enthusiasm and support from industries across the UK for using the latest international standards, including ISO 45001, to improve their practices and performance.

"There's growing recognition of the important role that international standards can play, not only helping save lives and prevent injuries and ill health, but also supporting international trade, growth, productivity, efficiency and innovation."

Other roadshow events have been held in Edinburgh (27 March), Bristol (29 March) and Leeds (today, 31 March).