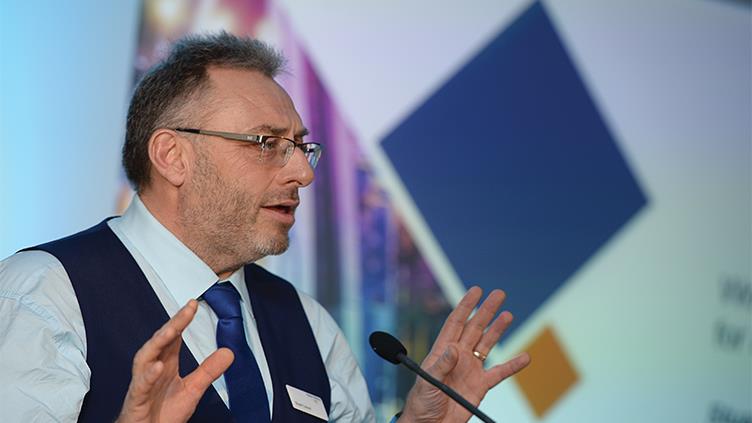 "The one thing that has really struck me since I've come into the operational role is how we have frankly neglected our frontline workforce," Rob McIntosh told delegates at the IOSH Rail Industry Conference. McIntosh is route managing director (RMD), London North Eastern and East Midlands (LNE & EM), at the UK's infrastructure operator, Network Rail.

McIntosh, who has 21 years' experience in the industry but only last year started directing daily running of rail services, showed the audience in Nottingham on 9 November a graph identifying a rising trend in the LNE & EM's lost time injury rate over the past 18 months. "In a 20-year career, I have never presided over a graph that looked like that," he said.

It reflected the poor working environments of the region's 3,500 frontline workers, he said.

"If you set someone to work in an environment like that, I believe that you start to get graphs like that. I think there has to be a correlation." 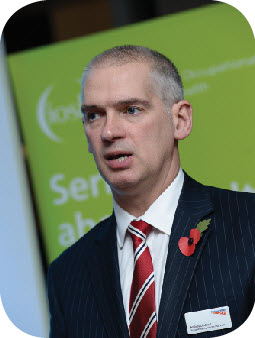 McIntosh played a video clip showing a group of six track workers jumping out of the way of a train travelling at 200 kph, narrowly missing them. He said the incident was still being investigated, but the early findings were: "Number one, they didn't have to be there. There was a [track] possession the night before that was booked to allow them to do the work [on a line fault]. There was a decision made that they wouldn't go under possession. They would go under 'red zone' working [beside lines in use] in the middle of the day. A decision was made to do it at possibly the most unsafe way that you can."

McIntosh told delegates that Network Rail's board had long failed to "really move on that frontline workforce environment and, as long as I am RMD, it's the one thing that I am going to change".

He identified areas for improvement. "We are putting people in vans with 150,000 miles on the clock and we are taking them to a railway access point which is pretty poor. We are not creating the environment from the outset for people to be safe."

The last priority -- and the most profound -- is personal accountability for unsafe behaviour, which he believed was lacking. McIntosh said management wanted to change that so that everyone would be accountable for their own safety and each other's.

Reverting to specific hazards, he explained that some of the site working practices for manual handling were archaic.

"We carry distilled water for topping up batteries for moving the points underneath the trains. They come in 25 kg containers with only one handle on them, so you can imagine what is going to happen with people carrying those. People carry two to balance it out and then walk down the track and fall over."

Slips, trips and falls associated with manual handling accounted for 66% of the lost time accidents among frontline workers, McIntosh added.

Stuart Calvert, early contractor involvement lead of the Digital Railway partnership, gave a glimpse of things to come. The partnership between Network Rail, the route franchisees, the Department for Transport and others was shepherding a series of developments that should improve train safety as well as running efficiency, he said. One of these, the Euro Train Control System (ETCS), "moves signalling from lights on sticks into the cab". ETCS brings with it automatic train protection, currently used on only three routes, which prevents trains passing signals at danger.

Another innovation is the Connected Driver Advisory System, which gives drivers a view of the network around them and advance notice of any problems they are likely to encounter. These systems and others relied on a strong communications infrastructure, Calvert said, noting that Network Rail had the fourth largest telecoms network in the UK.

Other potential safety improvements would come with electronic tagging of equipment. "We can tag every piece of kit we put into a [track] possession and make sure it all comes out again," he said.

Digital twinning is a virtual model of the railway, which allows work techniques to be practised and risks to be better evaluated. "You can plan possessions in a perfectly safe synthetic environment," said Calvert. "The twin can be used for training and simulation."

He said he hoped to see a digital twin of the whole UK rail network. 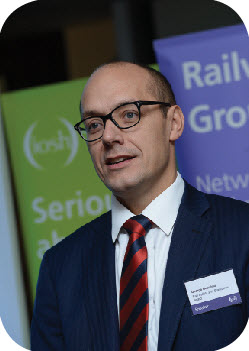 George Bearfield, director of systems safety and health at the Rail Safety and Standards Board, returned to Calvert's digital twinning in his presentation on the challenges that the rail industry faces, including managing ageing assets which were in a variable state of maintenance.

Bearfield said that, despite the railway sector having to manage the difficulties presented by such a sprawling system, it could benefit from the wealth of data available.

"We are seeing a fusion [of safety] models we've seen before," he said. "We are bringing in ideas around the Swiss cheese [model], the bow ties and the accident triangle and trying to use data to build up a good understanding to make really good, timely, proactive decisions.

All shall have prizes 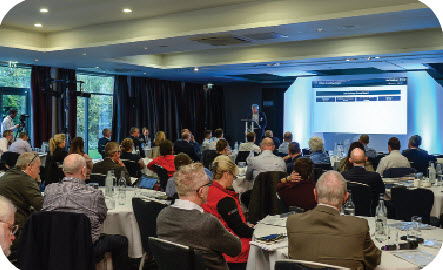 Anyone recording a near-miss, known as a close call, on a simple form on the app should receive an immediate call to acknowledge the report, while the safety team receives an alert to investigate and control any persistent hazard.

On Carl's safety conversations form managers are prompted to answer the questions: What did I check?, What did I learn? and What did I encourage?

The app is used by Colas's subcontractors as well as its direct workforce. David Leach, a software developer at Colas, said it had recorded 5,700 close calls in the year to November and more than 2,000 safety conversations, giving the safety team rich material for trend analysis.

A fatigue management initiative by contractor Morgan Sindall was runner-up. Safety adviser Judith Devlin described the company's work with Canadian provider Fatigue Science. Earlier this year 100 employees were given wrist-worn Readiband monitors to measure sleep quantity and quality (rated by how many times the wearer's sleep is interrupted).

The 30-day trial resulted in scores out of 100 for the participants. Devlin explained that anything below 70 suggested sleep duration and quality at a poor enough level that the resulting fatigue and its effect on reaction times "is like being drunk at work". The day shift workers in Morgan Sindall's pilot had acceptable scores but the night shift workers had achieved an average of 5.8 hours sleep a night and around one third of them scored 70 or below. The monitoring has since been extended to all workers in safety-critical jobs.

The company's new fatigue intervention strategy involved a combination of advice on improving sleep patterns and intervention to send employees home when their scores were too low.-©Some workers had objected to wearing the bands, seeing them as intrusions into their domestic lives. It was the managers who protested the loudest. "They said, 'If you are going to stop that guy working, that is going to stop the job'," said Devlin.

Third prize went to Network Rail's vehicle speed warning system, fitted to the network operator's 7,500 road vehicles. The dashboard-mounted units, which use the TomTom satellite system and offer drivers instant warnings of excessive speeds, are part of a larger telematics package providing analysis of driving performance, including harsh breaking and over-rapid acceleration. Since its introduction this year the system has cut the number of speeding offences by Network Rail's drivers.