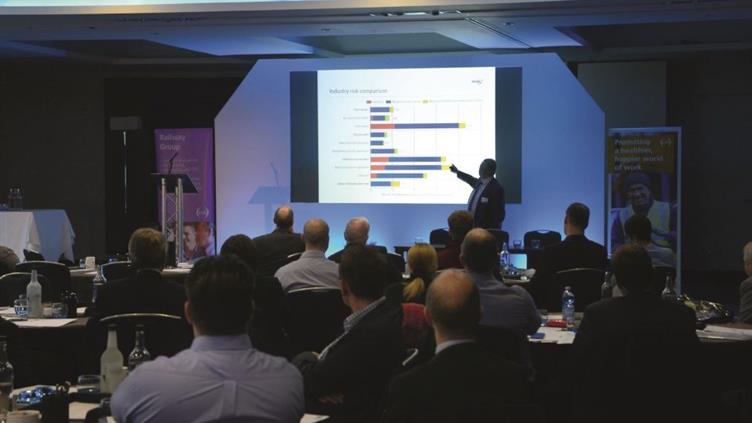 "When you compare our performance with other European countries, we are the safest," said John Gillespie, assistant chief inspector of railways at the UK's Office of Rail and Road. "But we must not be complacent." 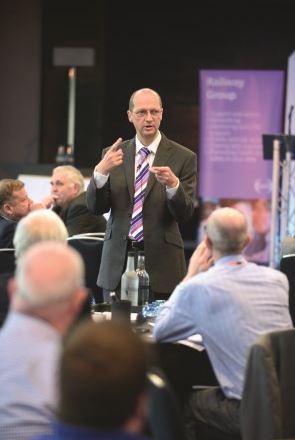 Kicking off this year's IOSH Rail Industry Conference, Gillespie's theme was positive leadership, but he returned several times to the point that taking past performance as a guarantee of future safe operation was folly. It is nine years since there were any passenger deaths on the UK's trains, on which 1.69 billion journeys are made each year. It would be easy for complacency to creep in, but Gillespie argued that safety practitioners must fight that tendency.

It takes just one incident to change a network's reputation, he said. He pointed to Spain, which was near the top of the European leader board for passenger safety until the derailment near Santiago de Compostela in 2013, in which 80 people died.

"A positive leader perceives the statistics for what they are," he said. "A comparison with other countries is very fragile."

Leaders should challenge acceptance in their organisations that performance is "good enough", and always insist that improvements are possible.

Kevin Elliott, head of health and safety at law firm Eversheds, offered some observations on the first six months of judgments under the new sentencing guidelines for safety and health offences.

He warned that, under the new culpability test judges must apply to defendants, it was not hard to be placed in the "high" category; failure to follow published guidelines or a long-standing breach was enough.

As examples of the elevated fines, Elliott cited the conviction in September of Network Rail for the death of an 82-year-old woman at a level crossing, which resulted in a £4m fine. He contrasted that sum with the £400,000 levied on Babcock Rail in February as the guidelines came into force, for another fatality when a worker was trapped between a road-rail vehicle and a station platform. 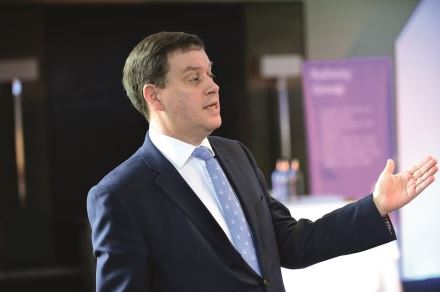 He observed that, despite the higher penalties, some defendants still suffered more from other related causes. Alton Towers theme park operator Merlin Entertainments was fined £5m in September for the Smiler rollercoaster crash in which 16 people were injured, but the company had already lost £47m revenue from a drop in visitor numbers after the accident (bit.ly/2gY235p).

Merlin's failings were "pretty simple", said Elliott, as in so many safety court cases: "Failure to do risk assessments, failure to train and supervise your staff; simple things with catastrophic consequences."

The G4S Cash Solutions case, in which the security firm was fined £1.8m for failing to manage Legionella risk at its Harlow, Essex headquarters, provided a good lesson in the need to act on advice (bit.ly/2gY6f55).

G4S had commissioned an independent Legionella audit in 2011 which made 20 recommendations. But in 2013 an employee was kept in hospital with suspected Legionnaires' disease and, though no causal link was proved to the company's water systems, Harlow Council's environmental health officers launched an investigation.

Their interviews with managers revealed none of the audit's recommendations had been acted on. "The judge said 'you commissioned a report that told you what you needed to do and you did none of it in 13 months'," said Elliott.

Addressing delegates, he added: "How many reports have you commissioned in your own organisations that haven't been closed out?"

"How can we encourage people to talk to us?" asked Ian Hynes, chief executive of investigative interview training and consultancy outfit Intersol Global. 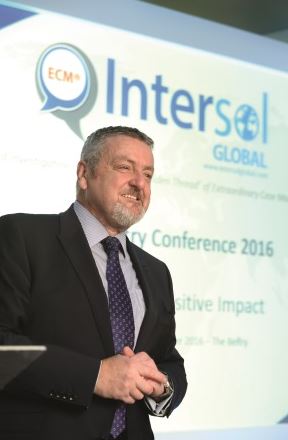 In a former career as a police investigator, Hynes conducted interviews in some of the first cases brought under the Corporate Manslaughter and Corporate Homicide Act. He offered a quick guide to techniques that he said could be applied to accident investigation interviews or conduct hearings.

Planning and preparation before an interview were critical. Spending time understanding the "fine grain detail" of any evidence or documents that will inform the interview is never time wasted, he argued. Hynes also suggested carrying out a "wants analysis", deciding what you want and why you want it before framing questions.

Hynes said he used the PEACE model in which planning and preparation was the P and the E was engage and explain, engaging with the interviewee and setting out the course the meeting would take. A was for securing a clear account of events, clarifying facts where necessary, followed by closing (C), explaining "what you are going to do next", and evaluation (E), examining the results of the interview and what they tell you.

Preserving a physical crime scene -- cordoning off the area -- was a priority for investigators, said Hynes. Witnesses' memories could be likened to a crime scene "but we trample all over them", he said, with exposure to suggestions in the media -- both social and traditional -- and an interviewer can compound the problem with leading questions.

Open questions such as "what did you see?" avoid the risk of disrupting memories and gain the best results. Waiting for an answer is also important, even if it involves leaving an uncomfortable pause. "Say 'tell me what happened?'," he said. "Then shut up and listen."

"If you are taking notes, after about ten seconds or three lines you are working on memory," he said. He argued for audio-recording interviews where possible.

Everyone has biases, he observed, but it is an investigator's duty to manage them: "Package up your preconceptions and leave them outside the interview room." 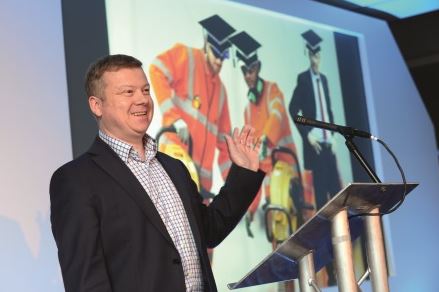 "The stories that people tell about an event and the way they were treated during the investigation are more powerful than the changes to the procedures that we make," he said.

As an example of how investigators can influence those stories, Parlett described the inquiry into a derailment of empty freight carriages near Gloucester in October 2013.

For the previous two years, data from specialised trains that check the integrity of the track had been relayed to a local maintenance team showing the rails were deteriorating on the stretch outside Gloucester, necessitating a speed restriction. "Each time the maintenance team would go out and do some work at the site that would allow them to raise the speed again.

"They were doing this religiously, and after two years this train was travelling with empty containers and the back of the train derailed and carried on for four miles, smashing up the infrastructure." 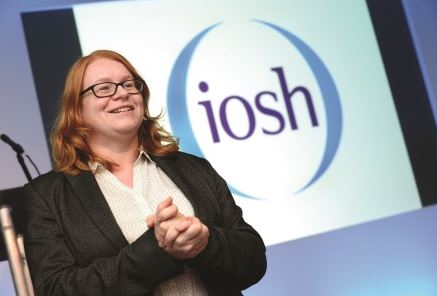 The investigation revealed some underlying causes -- one of which was the short time the workers were allowed to effect repairs -- but the team's reaction to the investigation was also instructive.

Six months earlier, Network Rail had introduced a new investigation procedure, which considered not only what had happened in an incident but what had influenced the behaviour of those involved -- "and ultimately, harsh words, how culpable they were".

Investigators were supported by a tool that led them through a sequence of questions, based on tests designed by psychologist James Reason for investigating incidents in the healthcare sector.

The first questions were phrased to determine the role of anyone involved in an incident. "We want to rule out that people were behaving recklessly, that they were intending some harm," Parlett said. "We do that by asking 'was the action that led to the incident deliberate?'. And, as important, 'was the action well-intended?'"

Applied to the maintenance team at the Gloucester derailment, he said the questions established that the team was effecting repairs in the limited time and with the equipment available to them. "So we determined that they were well-intentioned."

Parlett added: "The stories that people tell, whether they are based on reality or not, are that, if you are involved in something like this, you can expect either not to be working anymore or have some sort of sanction.

"It was clear taking the staff through this process that that wasn't going to happen to them. They were doing what they could with the tools available."

The next stage of the questioning covered whether there were other procedures within the workers' competence that they could have used and whether their peers with similar training would have behaved in the same way -- a "substitution test".

The last of the four tests covered personal history and whether a worker had been involved in previous safety failures. Parlett said it was important that this assessment of individual responsibility came "at the back end of the questions, because we first need to be ruling out whether we have given them the wherewithal to follow procedures".

The results of the tests almost all lead to coaching or extra training. "We more often find people are doing the wrong thing because of conflicting motivations," he said.

He felt the new tests had given the Gloucester derailment investigators a view of the workers' part in the incident that was balanced with the competing pressures they had faced on the job.

Close Call encourages employees to flag up unsafe conditions or behaviour and managers are trained to respond positively by improving conditions rather than applying negative sanctions. "We are trying to educate our managers as well as our workforce," he said.

In a later session on behavioural safety, Iain Ferguson, head of safety and environment at Virgin Trains, said his company had also adopted the Close Call initiative and developed a smartphone app to make reporting unsafe conditions easier. 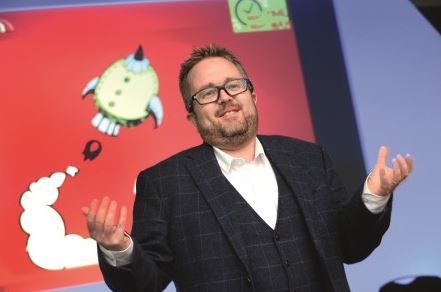 Ferguson said managers had been briefed on the scheme's benefits and the volume of reports was cross-checked against other systems for recording near-misses and minor incidents "so we don't think we are a safe organisation and free of hazards if we are only getting 1% reported".

He said Virgin used to concentrate on "right time" targets that were dominated by train punctuality. This had evolved into "right time, right way", which added the element of safety and proper procedure to the punctuality imperative.

The winner of the IOSH International Railway Group Award 2016 was also announced during the conference.