IOSH No Time to Lose campaign marks its third anniversary 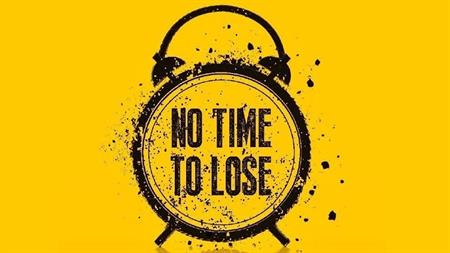 Since launching NTTL in November 2014, over 220 organisations worldwide are supporting the campaign and have raised awareness of work cancer. More than 100 leading businesses worldwide have also signed up to its pledge to tackle occupational cancer. Through these forward thinking companies, work-related carcinogens have been highlighted to at least half a million employees globally.
IOSH members, representatives and employees have presented the campaign at over 150 events globally, from Ireland to Singapore, reaching over 10,000 delegates.

Media coverage of the campaign has reached over 66 million people worldwide, the campaign website has been visited more than 120,000 times, and over 72,000 resources have been downloaded.

With the latest research suggesting that at least 742,000 people a year are dying from a work caused cancer -- one death every 43 seconds -- IOSH plans to continue the drive.

The campaign is highlighting the carcinogens which cause the most number of deaths and registrations. These include asbestos, silica dust, diesel fumes and solar radiation.

Shelley Frost, Director of Strategic Development said: "We are delighted organisations are supporting No Time to Lose and are taking positive action to tackle occupational cancer.
"This year we've worked in collaboration with our supporting organisations on a number of initiatives.

"Some of the highlights in 2017 so far have included the NTTL 200 event, organised to recognise the excellent work of our supporters and signatories; partnering up with NHS England's 'Cover Up, Mate' campaign to tackle sun exposure risks among men who work outdoors; and the 'Balkans Roadshow', where NTTL is being showcased in countries across the Balkans.

"These initiatives demonstrate how by working together we can beat cancer caused by work. Next year we will launch the asbestos phase of NTTL -- the biggest occupational cancer killer."
To find out more about IOSH's NTTL campaign and to get involved, visit www.notimetolose.org.uk.