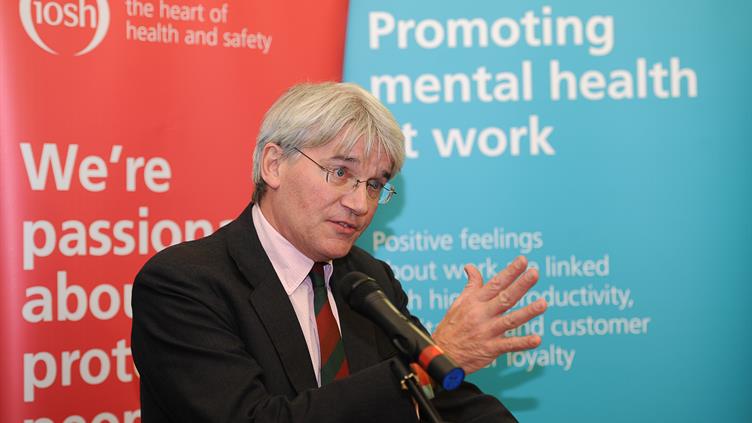 The Institution of Occupational Safety and Health (IOSH) invited recently-elected MPs -- who have taken up their role since the 2015 general election -- and new peers to its 'Promoting Mental Health at Work' event.

Dr McDonnell said that with one in six workers in the UK suffering from mental health problems such as stress, anxiety and depression, it is important that organisations ensure that work is safe, healthy and supportive.

She said: "IOSH believes that we need to improve education, training and awareness for key groups. These include policy-makers, managers, GPs and other professionals. We need to make sure that work is better designed and better managed and that we pick up early signs of problems and take prompt and effective action."

Dr McDonnell added: "We know that positive feelings about work are linked with higher productivity, profitability and customer and worker loyalty.

"Lots of good employers are realising the benefits of developing a culture of care and treating mental health at work with the same importance as physical health -- seeing it as a positive investment, not a cost."

Dr McDonnell highlighted some employers who have invested in the mental health of their workforce and reaped the rewards.

They included Glasgow City Council, which saved £4.5 million in the first year of a scheme to tackle musculoskeletal disorders and stress, and Leeds Metropolitan University, which saw a 16% fall in stress-related absence through a project designed to tackle it.

About 20 MPs and peers attended the event, held on Monday 22 February.

Mr Mitchell praised the work of IOSH on mental health, adding: "Bringing it out of the shadows and being much clearer about the importance of treating mental health, and how often it can successfully be treated, is a vital part of our work today. Its time has come."

Lord Layard, a leading economist who has written books on happiness and mental health, told the reception that mental illness is the "biggest single cause of low life satisfaction".

Meanwhile Dr Litchfield spoke about his work at BT, where he is chief medical officer, to help tackle the stigma around mental health issues. He said that organisations need a "framework" in place to ensure they have sustained improvements.

He said: "Often the problem for companies is knowing where to start. It can seem daunting, but it doesn't have to be.

"Stigma and unconscious bias are still alive and well in the workplace and we need to consign both to history." He went on to highlight how supporting people with mental health issues so they can remain in work pays off for everybody.