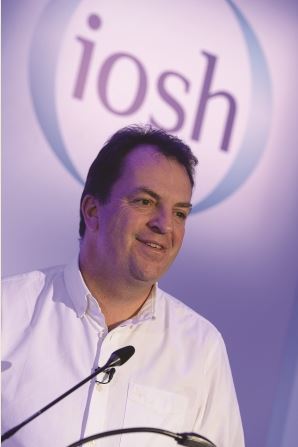 Ingredients for a safe and healthy future was the subheading of IOSH's Food and Drink Industries Group's annual conference on 4 and 5 October in Nottingham. Site transport safety was one of the major themes running through the presentations.

It cropped up first in a presentation by Tim Allinson, global supply chain director at fashion retailer Jack Wills, who offered a non-OSH professional's view of the safe operation of distribution centres (DCs) derived from a career spent managing them. His tips included regular reviews of vehicle service records -- something the police will ask to see after an accident -- focusing on the vehicles that need attention. "What you don't need is big spreadsheets," said Allinson, "just the exceptions, and that they are closed down."

Sound safety management in DCs depended on the quality of first line managers, he said: "I want someone who is bright, challenges authority and is fleet of foot. They need to care for the staff."

"Somewhere today in one of our DCs a driver will pull off on a red light," he said. "I don't know why they do it."

Drivers who are required to surrender their keys to prevent them pulling away too soon often carry a second set. "Be uncompromising if you hear of that happening," said Allinson.

He suggested that DCs sometimes compounded the problem by offering poor facilities for inbound drivers. "If the quality of your rest rooms is high enough, they won't want to sit in their cabs and drive off. They will come in, watch the telly, use the loo, even eat."

The issue of driveaways from loading docks cropped up again on the conference's second day in presentations by the winners of the International Food and Drink Health and Safety Awards.

G's Foods' Barway site was a runner-up for its initiative to improve traffic management. The Cambridgeshire site combines the salad and vegetable grower's head office with a manufacturing plant and a 650-bed hostel for seasonal workers.

"It's all been bolted together over the years, so we don't have a fantastic vehicle flow," said senior safety and risk manager Reece Cherry.

Site staff's first interaction with the drivers of the 100-plus lorries that ply the site each day was "when they handed in their keys to dispatch, or when they had done something wrong".

There had been an issue with drivers pulling away early, said Cherry, agreeing with Allinson that some carried a second set of keys. He said drivers waiting in their cabs was "a trust issue" because they believed they were not notified soon enough when their load was ready. He said G's had revamped the drivers' rest areas so they displayed real-time information on their loading status. As a belt-and-braces measure, G's introduced a system that locks trailers into the docks until they are ready to go.

The safety team decided it needed a new communications programme to engage drivers even before they arrived at Barway and show them the good practice expected on site. They created a new website which is advertised to suppliers and uploaded a series of videos, shot cheaply on an iPhone and a Go-Pro camera, overlaid with graphics using simple software. One clip shows the correct approach to the site viewed from a lorry cab, another shows people opening the back gate of a vehicle while it is still reversing, overlaid with a cross.

Pedestrian routes were redesigned in the loading area, physically segregating people walking through the yard from vehicles and cutting out 91,000 potential interactions a year between lorries and pedestrians.

Joint awards runner-up with the Barway site was another transport safety programme at a sister G's operation, G's Fresh Beetroot, in March, near Peterborough. The purpose-built site had little space, said Stephanie Gunsman, safety and risk adviser. The previous system of coloured zones for drivers and visitors meant that in theory 80% of pedestrian and vehicle interactions should have been excluded, "but in practice, you often find people where they shouldn't be".

Now there is a card-based access control system preventing unauthorised access to the loading area and this has recently been extended to the yard. "If you don't have access you have to find someone who does or take the long way round."

The controls had reduced to zero instances of visitors and other unapproved people being found in loading areas, Gunsman said.

Reece Cherry said the site had also developed a lift care package to reduce casual damage to forklifts by careless operators. The trucks were reconditioned to look new -- and given names -- and drivers and mates signed a standard agreeing to keep their vehicle in good condition. Dispatch leaders now audit the trucks quarterly and award retail vouchers for the best kept. Repairs on the forklifts had been running at £24,000 a year before the initiative; that figure has been cut by two-thirds.

The winner of the 2016 award was Allied Bakeries (see p 21), whose initiative will feature in a future issue of IOSH Magazine.

An update on the progress of IOSH's No Time to Lose campaign to fight the causes of occupational cancer was provided by Tim Briggs, senior lecturer at Leeds Beckett University and IOSH past president.

The campaign, which concentrates on the effects of asbestos, sun exposure, silica dust, diesel engine exhaust and shift work, had received the support of nearly 170 organisations ranging from worker bodies such as the TUC, institutions including Singapore's Workplace Safety and Health Council, the UK's Institute of Medicine and employers ranging from construction groups Morgan Sindall and Carillion to the Chinese-owned MTR transport group.

The website (www.notimetolose.org.uk) had received 70,000 visits and the initiative had generated 1.7 million social media impressions and more than 9,000 printed campaign packs had been distributed, said Briggs, but this was not enough. "We want more impact," he said.

He asked employers to sign the pledge to support the campaign and to follow the six-step action plan which involves drawing up a company-wide implementation plan, engaging senior management, and briefing other managers and trades unions in controlling exposure to carcinogens.

Free literature on the campaign website should be spread around members' workplaces and beyond. "Use your influence through supply chains," he said. "And let us know about the things that went well and those that didn't go so well."

Carolyn Drake of Loughborough University gave insights from her PhD research into OSH age management strategies. She noted that the proportion of the workforce over 50 will rise from 35% to 42% by 2050.

Though some capabilities do not diminish with age, such as the ability to refer to previous experience quickly to respond to crises -- so-called crystallised memory -- others do, she said. Physical flexibility reduces she said, as does depth perception and eyesight -- older workers need higher light levels.

People are now more likely to work longer with medical conditions, she said. "For many people their finances are so tight their bodies are breaking down but they are staying in work."

Drake's interviews with manufacturing employees and employers revealed a lack of safety and health guidance on age-related changes. Companies were relying on untrained managers and supervisors, who might not spot gradual changes in capability.

Older workers, she said, were afraid to report conditions to their employers for fear of losing their jobs; some were able to cite examples of colleagues who had been dismissed over their capability.

In her interviews with managers, most said they would welcome more information and formal policies on adjustments for employees with age-related conditions. "Young managers don't understand capability changes," she argued, noting that older workers on some types of medication might need more frequent lavatory breaks.

"Some felt they were flying by the seat of their pants," she said. They knew there were inconsistencies in their companies' approaches across departments.

Many of the older operators noted that they had been in jobs for ten or 15 years and that the risk assessments for their tasks had never been updated. "They felt the assessments were for 'Mr Average'," she said.

Her workshops and one-to-one interviews with operators, supervisors and managers found that the universal approach to reducing MSD risk comprised manual handling training and job rotation. But operators said the training was seldom tailored to their specific handling tasks and managers admitted they did not involve staff in deciding the training's content, or ask for feedback on its efficacy. 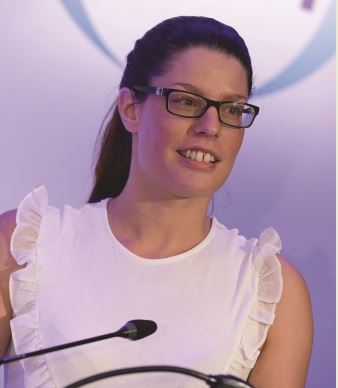 Operators and supervisors identified various influences on the development of MSDs; including pressurised work schedules, a lack of control over the work, poor job design and lack of task variety. "Even when they were rotated to other tasks, they were still using the same limbs," said Jones.

On manual handling training and even mechanical handling aids, she said operators "had nothing positive to say" -- time pressure put them off using the mechanical aids -- and while supervisors had a more positive view of these interventions and of training, they could not back up this view with evidence.

Ideas for improvements in MSD management that had come from the research included managers consulting operators about their work patterns and seeing if there were ways to reduce time pressures, incorporating operators' actual handling tasks and supervisors shadowing production staff to get a clearer view of the detail of their tasks.

She said the HSL was overseeing a trial intervention in which two groups of maintenance engineers had been issued with kneepads to reduce strain when kneeling by machines.

For one group the protection had been accompanied by training, consultation over the choice of pads and an invitation to give feedback. The control group had simply been issued the pads with some basic training.

Jones was followed by Heather Watson of physiotherapy consultancy Health & Work Matters, who focused on ways to promote a quick return to work for employees with MSDs. She outlined a biopsychosocial approach which took into consideration an individual's attitude towards their condition and their perception of the help they would be offered. "If the individual thinks they won't be supported or will not be able to return to work, it makes a difference."

In a "stratified care" approach to MSDs, a clinician would assign each case a priority level. Those in the lowest category would be offered simple advice on exercise, those classed as medium would be referred for standard physiotherapy and those in the highest group would have specialist physiotherapy arranged for active rehabilitation.

"It's about not over-medicalising, not giving too much care to people who don't need it," she said of the approach. "But also getting the people who do need it the right care straight away."