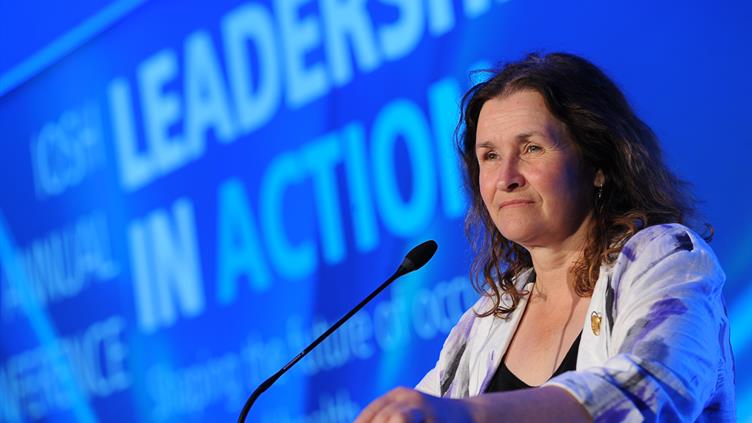 Speakers from around the globe will address IOSH 2016, the theme of which will be 'Influential leadership: delivering impact -- sustaining change'.

Ahead of the event, IOSH asked a selection of them what influential leadership means to them.

Keith Hole, health and safety manager at MTS Cleansing Services Ltd, said a key component is recognising that staff are a major resource which needs to be prioritised.

"Some of the great influential leaders value their staff," he said. "Staff are a resource; they cost you money. A member of staff who is off sick will cost you money.

John Green, director of health, safety and environment at construction firm Laing O'Rourke, believes that being able to ask questions of colleagues is an increasingly important part of leadership.

He said: "Influential leaders of the future are those who understand that they don't have all the answers; that the answers exist elsewhere, often in the hands of those who stand in the middle of risk every single day.

"(They) aren't afraid, in fact, of asking questions that perhaps they wouldn't have asked in the past."

Mary Lawrence, head of health and safety at law firm Osborne Clarke, said: "The difference in influential leadership is the ability for a leader to actually drive change. It's really about taking it one stage further in terms of buy-in and credibility."

More than 400 people have already registered for IOSH 2016, which takes place at London ExCeL from 21-22 June.

There will be high-level plenary sessions, after which the event will be split into four tracks, with attendees being able to choose the one which best suits their requirements. The tracks will be How to influence -- internally and externally; Business risk and resilience; Innovation across programmes, strategy and technology; and Positioning for the future.

Sir Clive Woodward, who was coach of the England Rugby Team which won the 2003 World Cup, will be a keynote speaker, while broadcast journalist Tanya Beckett will chair the conference.

To see the full programme, visit the www.ioshconference.co.uk or to see more of the IOSH 2016 speakers discussing the conference click here.

You can also stay up-to-date with the latest developments in the lead up to and during IOSH 2016 on Twitter by following the @IOSH_conference account, or via the hashtag #IOSH2016.

IOSH 2016 will be co-located with Safety & Health Expo (21-23 June), which will feature a wide array of exhibitions showcasing the latest innovations, products and services.