Reminding delegates in a morning plenary session that work is self-rated as the most stressful factor in people's lives, Emma Mamo head of workplace wellbeing at the charity Mind announced that her organisation will launch a public Workplace Wellbeing Index this autumn, recognising good mental health policy and practice in UK offices and worksites. Mamo said the index will help employers assess where the gaps lie between their intentions and staff perceptions of mental health policy and practice.

In a later session summarising the work to date of the Health Leaders in Construction Group, Martin Coyd, European safety and health head at Lend Lease announced that the Mates in Construction initiative has trained more than 100,000 Australian workers in awareness of stress symptoms and mental distress in their co-workers. Coyd said getting British men to talk about their feelings took time. If you asked the average male worker how they felt, he said, "They'll say 'fine' for the first six months of conversations", but would open up eventually. 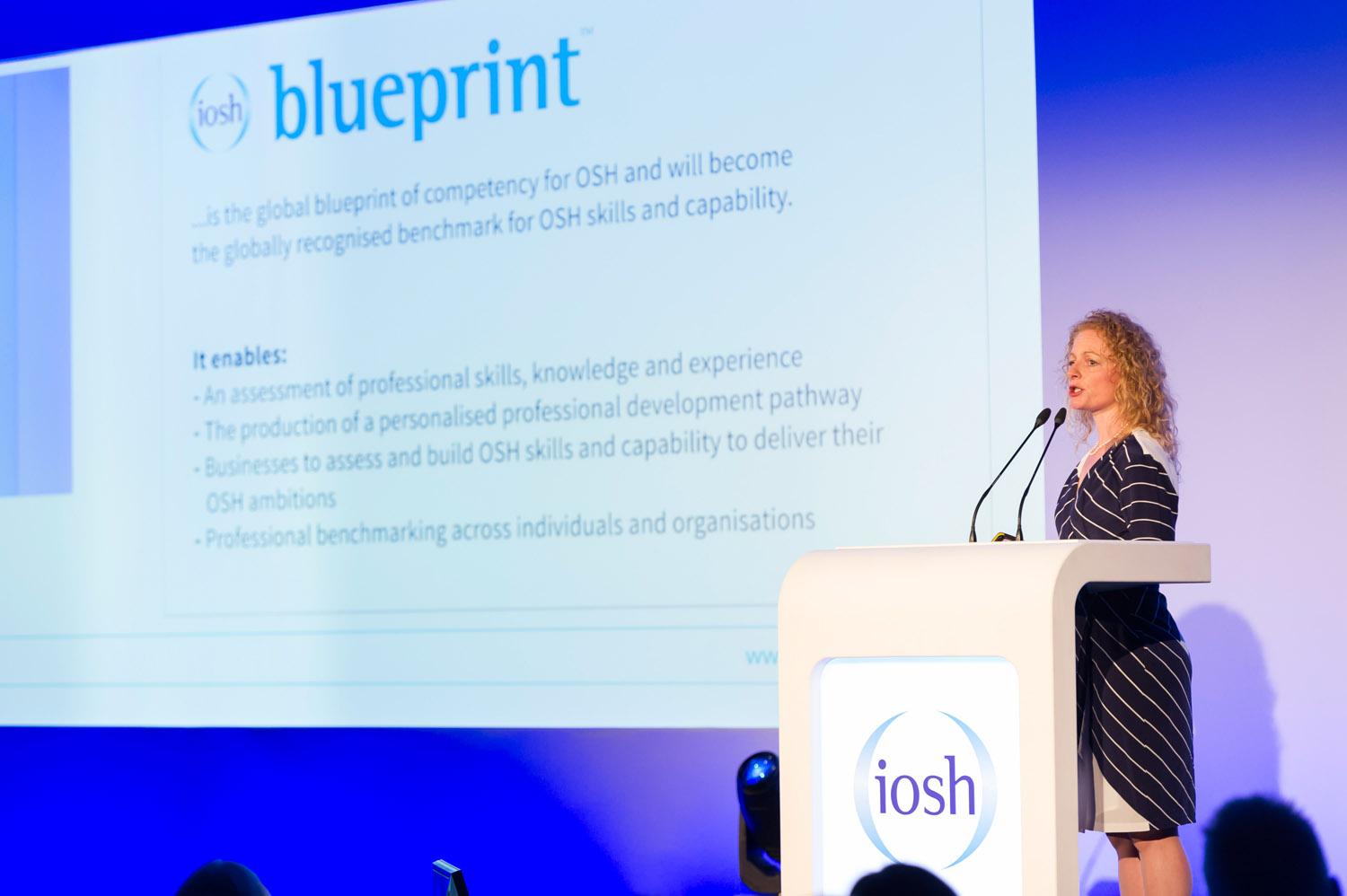 In a session in the "How to influence" strand, Dr Shaun Lundy of the University of Greenwich asked his audience whether they saw themselves as leaders or followers; most opted for the former. Lundy suggested their choices reflected a stigma we attach to serving rather than being served. But a world full of leaders would be impractical and impossible, he said. Followers, he said, can be both sophisticated and complicated and early followers are "wonderful assets" to any project.

IOSH made two announcements during the day. The first, made to delegates by executive director, policy Shelley Frost in a plenary session, was that the competency framework it launched for the OSH profession in March has a new name: Blueprint. The second was that this is the last year the conference will be collocated with the Safety and Health Expo in London. Next year members will gather in Birmingham.

"Twitter will win every time," said Alicia Custis, talking about the speed that bad news can spread about an organisation in a crisis. Custis was head of communications at Stockport NHS Foundation Trust in 2010 when a nurse killed three patients by deliberately contaminating saline solutions on two wards with insulin.

Custis described an almost instantaneous link between events and press demands for comment ("They charged him [nurse Victorino Chua] at midnight on Saturday -¦ five minutes later I had my first media call," she said), thanks mainly to Twitter. She said it is impossible to treat traditional and social news media as separate entities when the BBC News UK Twitter account has almost seven million followers.

Her advice for anyone managing a crisis covered in the media included being as open and honest as possible ("the truth will come out") and analysing the media output and responding selectively with consistent messages. 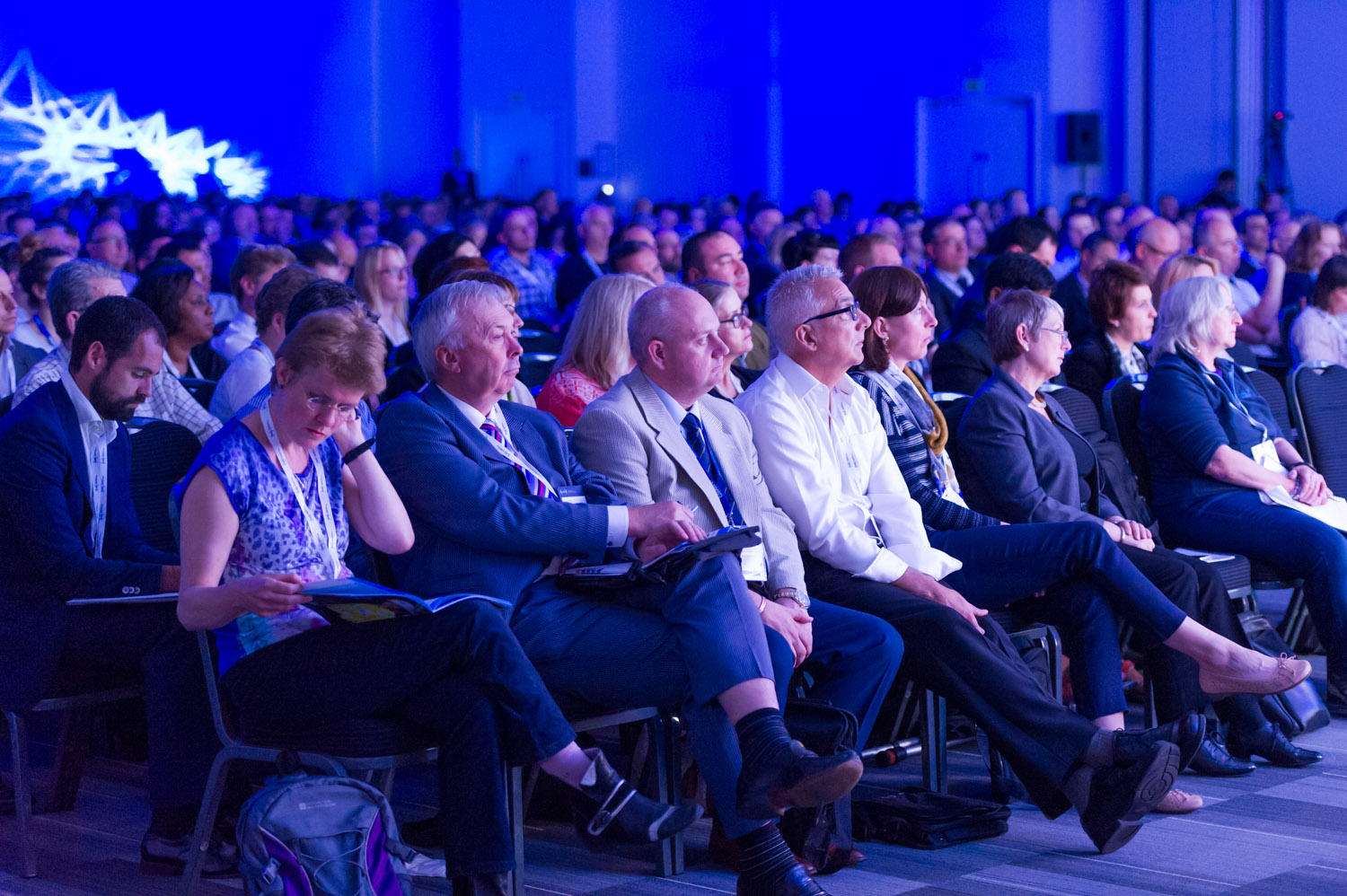 The hummingbird was introduced into the conference in a presentation by Malcolm Staves, group health and safety director at cosmetics maker L'OrÃ©al. The group recently launched a new environment, health and safety policy, said Staves, but the detail of the policy had less impact than its associated hummingbird logo, intended to remind employees of the legend of the tiny bird trying to put a fire out one drop at a time. "If 83,000 L'OrÃ©al employers do one little thing every day, that's one big thing," he said. "We put a symbol behind out EHS policy that goes beyond words."

Day one ended with a bang, as a worker on the Thames Tideway Tunnel drilling into some concrete at a worksite in east London struck a cable and collapsed in flames, screaming. The action took place partly on the conference stage and partly on screen, was an excerpt from the tunnelling project's day-long safety induction, named Epic, which dramatises events leading up to the cable strike and those after, including police and health and safety executive interviews and the consequences of the worker's death on his family. Delegates were invited to question the dead worker Michael Clarke's supervisor, who admitted he only "assumed" Clarke had cable avoidance training and that his priority had been just to "get the job done" rather than checking whether his charges were likely to carry on beyond the limits of their permit to work.

Delegates emerged from the session into an evening drinks reception clearly impressed by the performance's realism.