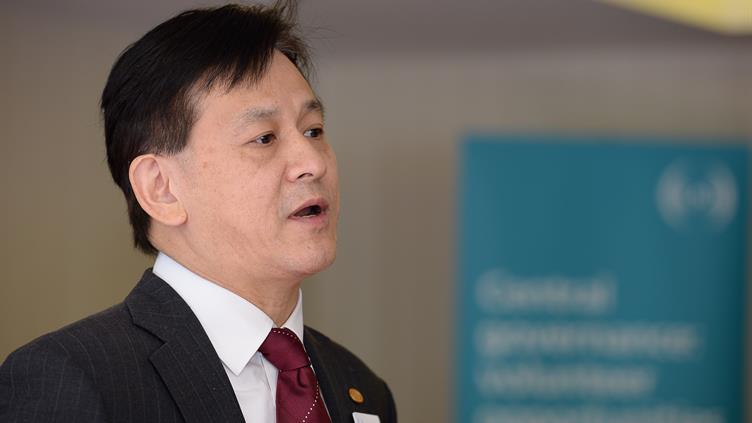 Dr Vincent Ho will become President of IOSH in September 2018, bringing with him extensive experience of working in Asia, USA, Europe and Australia.

His firm, MTR Corporation, employs more than 32,000 people worldwide. As well as Hong Kong, it has operations across China, in Stockholm and Gothenburg in Sweden, and Melbourne and Sydney in Australia. It is also the operator of London Crossrail in the UK.

Dr Ho also has experience of being an appointed member of senior government committees in Hong Kong and has connections across public and private sectors.

He was elected by members of IOSH's Council, its representative body, when it met on Wednesday 13 September.

This comes as IOSH delivers its five-year strategy, WORK 2022, which has three key strands: enhancing the health and safety profession; building strategic collaborative partnerships across industry; and strengthening its influence globally.

Speaking after his election, Dr Ho said: "My election shows that IOSH means business as we aim to deliver our strategy and influence health and safety across the globe.

"I am delighted that I have been chosen to serve as a future President of IOSH. This is a very exciting time for the institution and the profession as a whole. We have to keep building on the momentum towards safer and healthier work and strengthen our impact worldwide.

"Next year we have a major Asia-Pacific conference coming to Hong Kong. Having a President from that area will send a great message out about IOSH's impact."

As well as delivering the strategy, his term in office will coincide with the APOSHO (Asia Pacific Occupational Safety and Health Organizations) Conference in Hong Kong towards the end of 2018, hosted by IOSH's Hong Kong branch.

An updated list of the members of IOSH's Presidential Team and Council will be available on the 'About Us' section of the IOSH website following November's AGM.

Minutes of the Council meetings will also be available on the members' closed forum on the IOSH website.