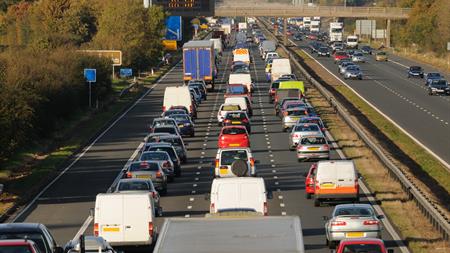 The House of Commons' transport select committee highlighted that, although the number of people killed on Britain's roads between 2007 and 2012 had declined by more than 40%, there has been no drop in the past five years.
The latest Department for Transport (DfT) figures show there were 1,793 road deaths in 2017. This number is constant compared with the previous year, when 1,792 fatalities were reported, and broadly level with the 2010-2014 average of 1,799.
As a result, the committee is calling for evidence from vehicle fleet operators and road safety campaigners on questions including, "How effective is the government's current approach to road safety?", "Are there any areas where the government's current approach to road safety could be improved?", "What interventions would be most effective at reducing the number and severity of road traffic accidents?", and "How can interventions to reduce the number and severity of road traffic accidents best be implemented?".
It will then "scrutinise" the government's approach to road safety, which it last set out in its 2015 road safety statement, Working Together to Build a Safer Road System, and investigate new measures that could play a role in further reducing the number and severity of road traffic accidents.
Committee chair Lilian Greenwood said: "In 2017, almost 1,800 people died in road traffic accidents on the UK's roads. Although there are far fewer fatalities than there were in 2007, that figure is still too high, and hasn't fallen at all in the past five years.
"We want to know what should be done to bring down the number of accidents. We are keen to hear from everyone who feels our roads should be safer and has ideas on how to make it happen.
"Are you a road safety campaigner or a road user group? A local authority? Do you run a business which employs drivers? Or do you see your children off to school with concerns about their journey? We want to know what you think. Tell us how to make our roads safer. This could be anything from the use of technology to make cars and roads safer, to road safety around schools. Your input will help us decide which issues we investigate in more detail."
The deadline for written submissions is 18 April.
The RAC welcomed the inquiry. Its spokesperson, Pete Williams, said: "Progress on reducing road casualties has stalled in recent years and it is clear we should be looking at ways to make our roads safer for drivers and all road users.
"Our research has shown worrying trends emerging such as more drivers using handheld mobile phones at the wheel and a sharp increase in those who self-report drink driving, while many are becoming increasingly concerned by the standard of driving by others at the wheel. We hope this inquiry brings a renewed focus on safety and new ideas to make everyone using our roads safer."
Road Safety GB said the inquiry should bring out a range of contributions. Steve Horton, Road Safety GB's director of communications, said: "It's commendable that the transport committee is interested in the current approach to road safety from government and inviting comment from stakeholders should bring out a range of contributions from those who already know the challenges associated with trying to further reduce the number of life-ending and life-changing events on our roads."
Topics:
Road safety
Transport and logistics
News