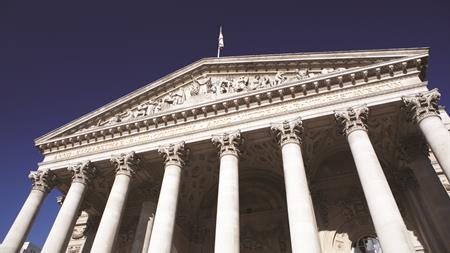 Corporations are more than twice as likely to disclose their greenhouse gas emissions (GHGs) as their accident rates.

The number of companies disclosing injury rates had increased from 500 to around 900 between 2013 and 2014 after remaining almost static since 2010, the research found. That 900 represents only 19% of the total, so injury reporting lagged all other metrics apart from employee turnover, reported by only around 17% of businesses. Though GHG emissions were published by 62%, energy, waste and water were all reported by less than 50%.

The report's authors noted the low injury and turnover reporting compared with energy, waste and GHG metrics, saying: "It therefore appears that large companies are prioritising the disclosure of environmental metrics at the expense of social or employee-related performance metrics, which in itself is an issue since the whole concept of sustainability encompasses both the environmental and social dimensions."

Broken down by industry, the materials sector, including mining, chemicals and metal refining, had the highest injury rate reporting, at 40%, followed by energy (30%) and telecommunications (29%). The lowest reporting was among information technology (13%), and financial services (12%). The latter was the the worst reporter on a majority of the seven indicators.

Emerging economies lagged developed ones in sustainability reporting on all measures. Only 10% of companies in emerging markets published injury rates, compared with 24% in developed economies. For GHGs the comparable figures were 23% and 55% respectively.

But the report notes that half the new stock exchange instruments to encourage sustainability reporting identified in the study were in emerging markets.

Ranking the world's exchanges by the proportion of companies reporting the measures, the researchers put the London Stock Exchange (LSE) eighth, behind those in the Netherlands, France, South Africa and Sweden, but ahead of the German and Swiss bourses. The authors said the LSE "impresses with a healthy increase in the disclosure of GHGs, energy and injury rate over the period 2010--14. For instance, while 91% of its large companies disclosed GHGs in last year's study, this year's research reveals that this metric has grown to 95% (2010: 75%)." Injury reporting among the 194 LSE companies had grown 17% in the four years.

Highest injury reporting was recorded among companies on the Helsinki exchange where 88% of listed companies disclosed rates in 2014, far ahead of the next highest, Oslo with 58% of companies. The lowest were Shanghai (1% of companies) and Kuwait, Qatar, Shenzhen, Caracas, and Lima, where no companies published rates.

The report, sponsored by insurer Aviva, says the demand for corporate sustainability data by investors is rising. It cites a 2015 report by Ernst & Young that surveyed 200 institutional investors and found that 59% "consider corporate social responsibility (CSR) or sustainability reports essential or important when making investment decisions", up from 35% a year before.

Corporate Knights said the main conclusions it drew from the 2014 reporting data were that "mandatory and prescriptive sustainability disclosure requirements work. Countries that have them lead; countries that don't lag." The alternative, voluntary ""report what you feel you like" does not lead to useful data, the authors said.