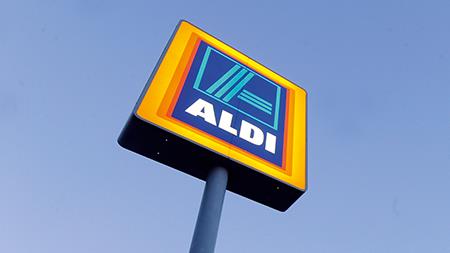 In his second week of a new job that involved using a powered pallet truck to transport goods to stores, the driver sustained fractures to all the toes on one foot. He was off work for six months after having two toes surgically amputated and his foot restructured using wires.

The investigation by Amber Valley Borough Council, which brought the prosecution, found that Aldi did not have standardised training programmes for new drivers and equipment operators. The workers instead were expected to shadow experienced members of the team before working alone.

The victim, who was injured in November 2013 at the Somercotes store in Alfreton, Derbyshire, has returned to work for Aldi, but "his injuries have left him with pain that will have repercussions in years to come and can be considered life-changing", the council said.

Summing up, Judge Peter Cooke noted that Aldi should have improved training for drivers sooner, following previous accidents. The company, whose turnover was £7.7bn in the last financial year, agreed and admitted to the court that its training programmes lacked structure and formality.

The council's portfolio holder for housing and public health, David Taylor, said: "The level of fine reflects the seriousness of the failings within the company. This investigation and outcome will hopefully result in a renewed focus by Aldi to ensure that standards are maintained to ensure employees receive adequate protection from risk of injury."

The council's lead investigator, Julia Cope, added: "[The] driver had been asked to carry out work using equipment for which his employer had failed to provide structured and necessary formal training."

Last year the supermarket giant was fined £100,000 after an unsecured smoking shelter at its Darlington distribution centre blew over and struck an employee who was on a break.