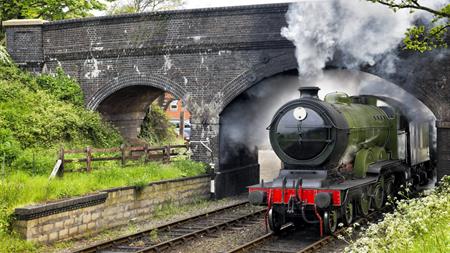 The incident happened at Wootton Bassett junction in Wiltshire on 7 March 2015. The train stopped almost 700 m after the signal, across the busy high speed junction on the Great Western mainline. An accident did not occur, however a collision between the steam locomotive and another train was narrowly avoided. Both trains were carrying about 750 people in total.

According to the case summary used by the Office of Rail and Road (ORR) in the prosecution and which it later sent to IOSH Magazine, the incident was caused by the isolation of a crucial train protection system that, as a result, did not interfere and stop the train when it approached the signal at excessive speed.

The ORR investigated the incident and found significant failings in WCRC's managerial controls. The company had not implemented appropriate procedures, training or staff monitoring to stop intentional misuse of the Train Protection and Warning System equipment (TPWS). TPWSs are designed to automatically stop trains which approach or pass a signal at danger.

"Our evidence showed the train's driver, Melvyn Cox, directed a colleague to turn off his essential safety system, designed to automatically apply an emergency brake," ORR said in a statement.

At Swindon Crown Court, WCRC pleaded guilty to breaching Sections 2(1) and 3(1) of the Health and Safety at Work Act. It must pay £64,000 in costs in addition to the fine.

Cox admitted failings under Sections 7(a) and 8 of the act, which require employees to take care of their own safety and that of others at work, and prohibit the reckless interference with equipment in the interests of health and safety. He received a four-month custodial sentence and was suspended for 18 months.

Ian Prosser, HM chief inspector of Railways, said: "WCRC's ineffective management led to their train driver deliberately misusing a key safety system on a train travelling between Bristol and Southall. This prosecution has led to WCRC taking significant steps to improve its management of safety, with support from the regulator."

In March, the ORR lifted a prohibition notice it served on WCRC on 17 February. Under the terms of the prohibition, the company was unable to operate trains on the mainline network until ORR was satisfied its governance and operations met industry practice and were fit for the scale of its operation.

In a statement, ORR said it "demanded, and has now received evidence of, assurances that steps have been taken to remedy the issues we identified".