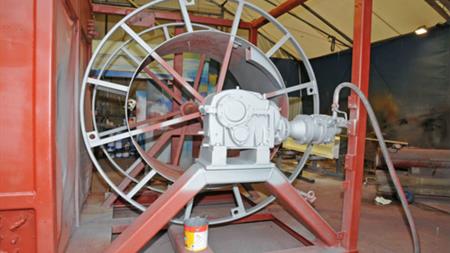 Dean Reynolds, who had denied the charge, was acquitted after the jury at Aberdeen Sheriff Court returned a "not proven" majority verdict earlier this month following an eight-day trial.

According to the Press & Journal, Reynolds had been accused of starting up the spooler while Michael McLean was inside preparing it for painting.

The trial heard that McLean was found unconscious and bleeding from the ears in the spooler, which raises and lowers subsea cables from oil platforms and boats. The trial was told he had sustained a broken neck and torn spinal cord, which was consistent with tumbling inside a machine. His father, who also worked for the industrial cleaners Denholm MacNamee, tried to save his son's life by performing cardiopulmonary resuscitation. However, Michael died in Aberdeen Royal Infirmary six days later.

Denholm MacNamee, from Inverurie in Aberdeenshire, had pleaded guilty to breaching s 2(1) of the Health and Safety at Work Act and failing in its duty of care to a young person on 4 December 2017. It was fined £120,000.

The Press & Journal reported that prosecutor Richard Goddard had pointed to circumstantial evidence heard at the trial that pointed to Reynolds' guilt. He urged the jury to convict him of a killing charge.

However, defending, Iain Duguid QC, said there had been no evidence of a prank on the last day of a summer job and no evidence of any motive for Reynolds to injure the teenager. He told the court: "Not a single person heard the machine being operated".

A safety and health expert told the court that it would have been possible for McLean to start the machine when he was inside the drum, but he would not have been able to stop it once it had started rotating.