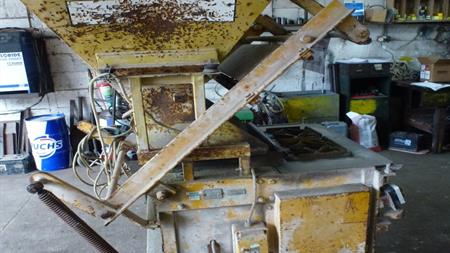 Brighton Magistrates' Court was told that an experienced worker at Thakeham Tiles was using the machine to create screen wall blocks on 25 April 2018 when his hand became trapped.

He sustained a broken thumb and three fingers and required surgery to "stabilise his hand", the Health and Safety Executive (HSE) said.

Its investigation found the machine had been inadequately guarded for "a number" of years.

Thakeham Tiles, which manufactures a range of concrete products including walling, block paving and building blocks, pleaded guilty to breaching reg 11(1) of the Provision and Use of Work Equipment Regulations (PUWER).

After the hearing HSE inspector Russell Beckett said: "This incident could so easily have been avoided by having suitable guarding on the machine and systems in place to periodically check machine safety."

Last October, West Sussex County Times reported that a planning application had been submitted to Horsham District Council for 90 new houses on Thakeham Tiles' site. If the development is approved, the business would relocate to a larger premise that has more scope for expansion.