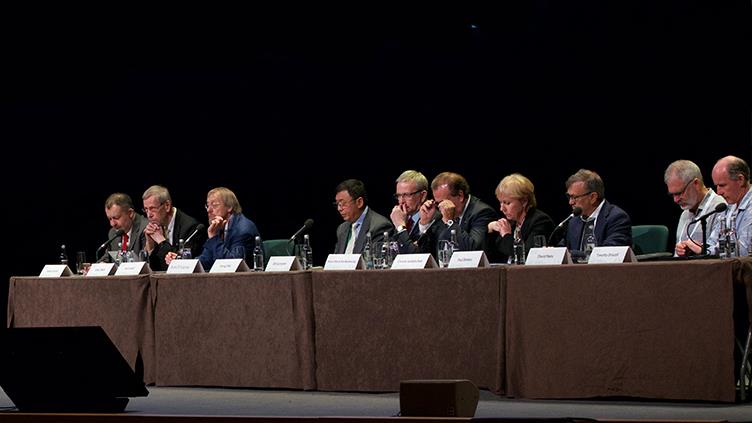 The global reach of the International Commission on Occupational Health was illustrated at the organisation's triennial congress in Dublin, Ireland, from 29 April to 4 May in a panel session on occupational cancer prevention which featured OH experts from around the world. Dr Kurt Straif of the World Health Organization's International Agency for Research on Cancer reminded delegates of the state-level hierarchy of controls, starting with bans on carcinogens in the workplace or mandating closed systems in which no human contact was possible. Next came legally binding occupational exposure limits and tighter enforcement of them. (Straif cited research in 2007 by John Cherrie at the UK Institute of Occupational Medicine which found that British workers' exposure to the top 19 carcinogens was commonly above the workplace limits.)

David Rees of South Africa's National Institute for Occupational Health discussed the problems of measuring and controlling exposure in Africa where 70% of people work in the informal sector, making access to workplaces difficult for researchers.

Work-related cancer had a powerful impact in African states, said Rees, because the death of a breadwinner often resulted in children being taken out of school and sent to work. He suggested western countries could help to reduce Africans' exposure by not exporting their hazardous waste and toxic processes, such as ore smelting. But withdrawing the latter would have to be carefully phased to avoid economic damage because, in some cases, "you close the smelter and you close the town".

Timothy Driscoll of the University of Sydney Australia said Asia shared with Africa the problem of importing hazardous processes and waste from the west but also suffered from competing directives from different arms of government. A health department might try to curb the use of asbestos, while a development ministry tasked with rapid infrastructure expansion would say, "It's cheap and a great building material". 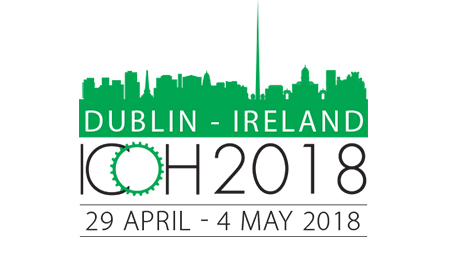 Delegates voted at the end of the debate on global measures they believed would be most effective in reducing occupational cancer. The result was tied, 28% each on the development of registers of workers exposed to carcinogens -- so the effects of different exposures and durations could be better understood --and the implementation by governments of policy to limit carcinogens.

Evanoff said that in the 1980s some employers used lumbar radiographs to try to predict employees' likeliness to suffer lower back pain, until "multiple studies showed its ineffectiveness as a predictive tool".

Data on the utility of these tests was provided by three recruitment exercises in which successful candidates were tested before starting work and even those who had poor results in the conductivity tests were given jobs because of labour shortages.

Those who tested positive proved only marginally more likely to develop CTS than those who tested negative, making the screening process far more expensive than the costs of supporting the employees. 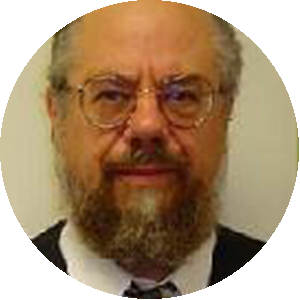 "When we look at positive predictivity across the three studies it is miserable," said Evanoff.

"They don't satisfy evidence-based criteria," was his conclusion about predictive screening techniques, "so they are a poor use of health and safety resources."

Nanotechnology has largely fallen out of the news as an area of emerging risk in recent years. But as Dr Paul Schulte of the US National Institute of Occupational Safety and Health (NIOSH) pointed out in one session, the hazards have not gone away. Schulte summarised the state of health research into the most commonly used engineered nanomaterials (ENMs).

He said the relative recency of nanotechnology --there were no ENMs in 1990, now there are around 3,400 -- the wide distribution of a relatively small workforce working directly with ENMs and the long latency of some health conditions made research difficult. "Consequently, we have a lack of clarity on the early indicators we should study," he said.

For some nanomaterials, such as carbon black, of which 9.6 million tonnes a year are produced, limited epidemiological studies show an association with non-malignant respiratory disease, but for others, including aluminium oxide and synthetic amorphous silica (SAS), there was little or no research on their effect on humans at the nano scale. Schulte noted that silica fume had shown the capacity to pass from nasal inhalation through the body's defences to lodge in the brain in the same way as welding fume, "but we don't know what it means yet".

The ageing effects of driving heavy goods vehicles were the subject of a study by Angelika Bashkireva of the Leningrad Region Gerontological Centre, Russia. Bashkireva studied 150 male drivers with an average age of 41 and a control group of 150 labourers, assessing parameters such as heart rate, blood pressure and memory to derive a "biological age" distinct from their chronological ages. She found that the drivers showed signs of accelerated ageing compared with the control group, particularly those who had been driving lorries for more than 15 years.

At its launch in 2006, blood pressure, body mass index and cholesterol measurements were taken for all employees who volunteered and each worker was given an overall red, amber or green rating according to their health and fitness. In the years since, the programme launched a string of initiatives from salsa dancing classes and wellbeing fortnights to exhibitions of healthy food choices. The proportion of employees classified as red declined from 8% to 6.6% but then rose again in recent years to 8.2%.

The campaign emphasis had shifted as a result, said Madhwani, to concentrate not just on the reds but on those in the green and amber categories whose metrics suggested they were at risk of shifting to red, encouraging them to exercise more and lower their cholesterol.