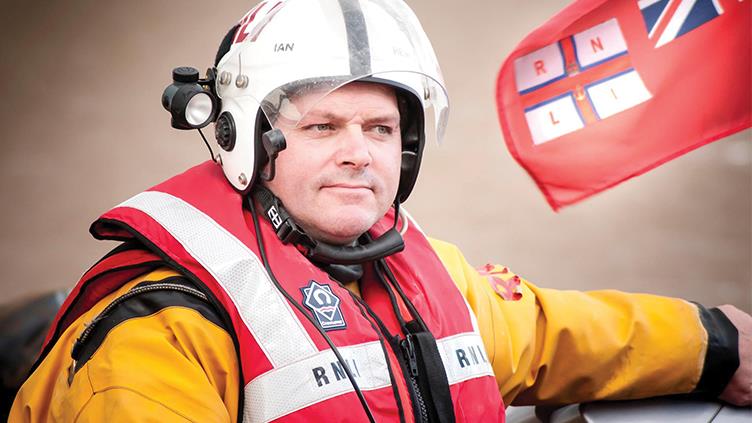 I went to Poole, where the initial training takes place, and was taught the basics, such as navigation and casualty care. Then it was back to the lifeboat station, where I went out on the boat with an instructor for an assessment.

After you passed this, you were given a [telephone] pager to respond to calls. These days, the training is much more structured.

We use a 6.4 m RIB [rigid inflatable boat], which has a crew of three or four and operates on the River Humber, looking after 129 km of coastline. Typically, we'll be responding to calls to help fishing boats, windsurfers, kitesurfers and missing children. The nearest station to us has an all-weather lifeboat (ALB), which can go 160 km out to sea, covering oil rigs, for example.

There have always been standard operating procedures, but it's very much the helmsman's call on the day. We are briefed before every exercise. Before we go out we use a military acronym, SMEAC [situation, mission, execution, administration/logistics, command/signal], which is basically a quick briefing. It's like a dynamic risk assessment: we discuss the casualty, tide, wind speed, and so on. The shore crew and the driver of the tractor which launches our boat are included in the briefing. 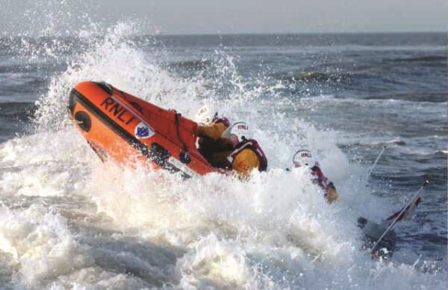 Even when someone's in the water and there's an imminent risk to life, we do a brief. The RNLI is strong on risk-benefit analysis. Sometimes we have to operate in really challenging conditions, at all hours and all weather and seas -- but the crew's safety is paramount.

I have a lot of faith in the kit we're given. Our helmets used to be like motorcycle helmets; they'd give you whiplash. Now they're really lightweight, with in-built lights. Our lifejackets have man-overboard beacons. I was an industrial firefighter so I'm used to having the best personal protective equipment (PPE). PPE is supposed to be the last line of defence, but in our jobs it's almost the first.

I've been helmsman for around 12 years. The helmsman's job is to look after their own safety, and that of the crew and boat. If someone dies, it's me that goes to the coroner's court.

Like firefighters, we carry pagers that alert us when there's a call but we also monitor maritime radio. You have to live within two miles of the lifeboat station. When your pager goes off, even if it's 3 o'clock on a freezing morning, you get to the station, put on your dry suit and PPE, and have a brief. We like to do that in five minutes but if someone is gently adrift on a summer afternoon, we don't need to get to the scene at full throttle.

A method statement is different from a safe system of work

In 2004, we were listening when reports came in of a fishing vessel -- the Dollard -- in distress. It was being driven ashore in force eight winds and heavy snow showers, and its propellor was caught in a net. We got on the scene and managed to pass a line between the vessel and the Humber lifeboat and tow it to Grimsby. Someone said it was like leading an elephant on a piece of cotton. We probably saved the lives of the two fishermen and the entire lifeboat crew was decorated with medals for gallantry. 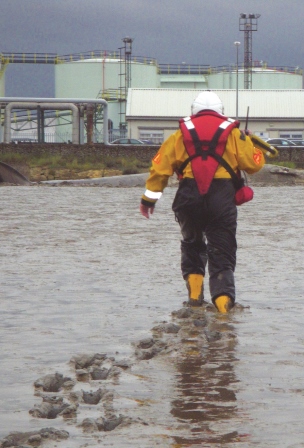 I used to work on the Humber refinery. Because of the industry I worked in, I would often intervene on safety issues. If someone was drilling a hole, I'd ask if they had safety glasses. I'd be the one telling people not to stand between the tractor and the trailer. It becomes second nature to notice these things.

Risk is what we do. If the sea was like a road: calm, flat, well lit, we wouldn't be needed. But the sea changes quickly and you can be caught out in minutes. So risk is always there. Sometimes you just have to go, but we won't compromise our own safety.The RNLI is clear that there are circumstances when it's not viable to effect a rescue. I've never not gone out but the days of going out in an ILB in force 12 winds are gone. Instead we'd ask if there was an ALB nearby, or whether a helicopter could respond.

Cleethorpes has a pool of around two dozen people. Winter can be busy for us, with kitesurfers and fishing boats, but summer is more frantic, especially during school holidays. We can do four jobs in 24 hours. Over the year, we are called out to between 30 and 70 jobs.

You don't need a maritime background to be crew on a lifeboat, all you need is to want to help people: to be prepared to get out of bed at 3 am in the cold when your pager goes off.