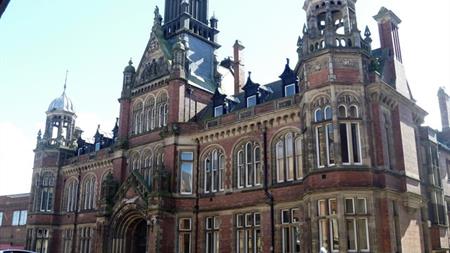 Ryan Griffin, 27, pleaded guilty to breaching two offences under the Health and Safety at Work Act. On 16 January at York Magistrates' Court he was given a community order for 12 months with a 25-day rehabilitation activity requirement and ordered to pay £1,500 prosecution costs.

Environmental health officers from the City of York Council described the pool at Dolphins Swim School as dirty, "with a brown and green colour [-¦] and emitting a pungent smell", when they visited the premises in September 2015.

In total 165 swimmers contracted the disease called giardiasis, which is found in water that has been contaminated with faeces from infected humans or animals. It is an infection of the small intestine that can cause diarrohoea, vomiting, abdominal cramps, nausea and weight loss.

The majority of those affected were children less than ten years old, and some were under five. Two people were admitted to hospital.

It is the UK's largest outbreak of a water-borne parasitic disease, according to reports.

The outbreak was caused by Dolphins Swim School's "inadequate pool management" and failure to clean the pool properly, the PHE concluded. Its report into the incident revealed there was only one shower, as well as one toilet cubicle that doubled as a nappy-changing facility. No hand soap was provided.

Expert advice obtained by the council found the domestic pool had a maximum capacity of four people and was fitted with a single plug, which meant draining could take several hours.

Kettlewell was formally acquitted after she denied the charges and no evidence was presented against her.