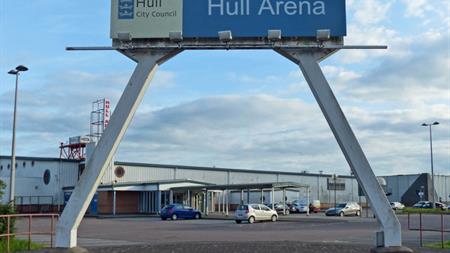 An investigation found that some staff members wore only trainers while working on the ice.

The 51-year-old customer service assistant was painting hockey markings in Hull Arena on 30 August 2014 when he lost his footing and was knocked unconscious. He was taken to hospital with a head injury and three broken ribs.

Health and Safety Executive (HSE) inspector Denise Fotheringham told IOSH Magazine that the incident was one of 11 falls on the ice in the previous three years. The same worker had fallen on the rink six months earlier.

The HSE investigation found the local authority had failed to address the "obvious risk" of employees regularly working on ice.

Fotheringham said: "The council had not considered whether this kind of work could be avoided and, if not, appropriate PPE should have been provided -- in particular footwear to reduce the risk of falls."

Workers had been given only "standard" safety boots, while one month before the accident some had been wearing their own trainers.

According to one witness statement, a member of staff had been asked to calculate the cost of suitable footwear for all arena workers. The cheapest pair he could find was £25 but a manager told him the council could only afford £20.

Fotheringham served an improvement notice, which the council complied with by buying grips for employees to attach to their boots when working on ice.

At Hull Crown Court, Judge Bury said he had taken account of the impact of the fine on the public purse. When applying the sentencing guidelines he started at the bottom of the category range for a large organisation because "this is not a commercial exercise and if fines are heavy the council tax payers could lose out". (See table below for how the guidelines were applied in full.)