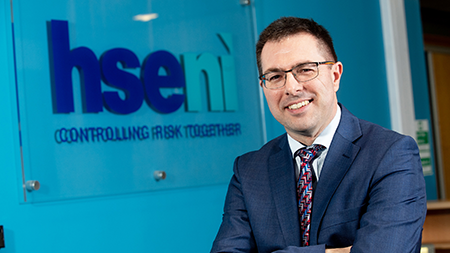 Alongside the risks associated with farm machinery, livestock and slurry, farming meant long hours of lone working under considerable time pressures, he said. As most farms in Northern Ireland were family-owned businesses, accidents often affected the main breadwinner. While HSENI sought to improve standards through ongoing education and awareness campaigns, it was also committed to enforcement action, he stressed.

"In all cases of a farm accident being reported, a follow-up health and safety inspection will take place," he said.

"If we find that a blatant breach of regulations has taken place we will send files to the public prosecution service."

Eight people were killed on farms in Northern Ireland last year, with older people and children being at particular risk.

HSENI was working with a range of organisations to raise awareness of health and safety issues, and was particularly conscious of the need to get the message across to teenagers and young adults. This group often saw themselves as "pretty much invincible", he said.

"No weight is too heavy to lift and there is no hazard that cannot be avoided on the back of a quick reflex reaction. But as we all know, that is not the case."