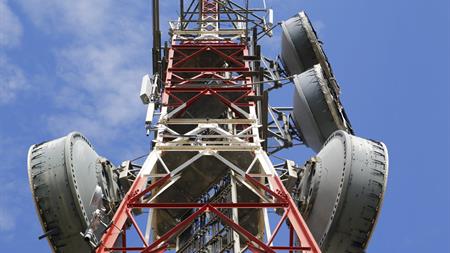 "HSENI proposes to transpose into standalone Northern Ireland regulations only the requirements of the Directive which go beyond or are more specific than those covered by existing NI legislation", the HSENI said in its consultation document.

EMFs include radio and microwaves, light, X-rays and gamma radiation. The EMF Directive draft guidance classifies frequencies of between 100 kHz and 300 GHz as "high frequency fields", exposure to which can cause health problems such as thermal stress, localised limb heating (eg knees or ankles) and deep tissue burns.

Though existing legislation includes some health requirements relating to EMF exposure, there are no specific regulations on protecting workers from the effects of EMFs. The Directive is designed to protect those subjected to EMFs with frequencies up to 300 GHz. Broadcasting transmitters, dialectric heating equipment (for plastics welding, for example) and high voltage power lines all generate fields within the range covered by the proposed regulations. It allows a derogation for Magnetic Resonance Imaging (MRI) scanners, used in hospitals, which would otherwise be restricted under its terms.

The Directive was first proposed in 2004, but lobbying against the initial inclusion of MRI scanners led to its withdrawal and revision.

The new regulations would see dutyholders use a set of thresholds to evaluate workers' EMF exposure. The consultation document acknowledges that though employers will have to carry out exposure risk assessments, many businesses would not be impacted by the regulations because EMF levels are low and considered safe or because where high levels of EMFs are present, these are already being assessed and properly managed.

The document also states that there are very few cases of workers at risk in Northern Ireland and there have been no incidents reported in recent years as a direct result of EMF exposure.

The British Health and Safety Executive consulted on proposals for introducing the EMF Directive in England, Scotland and Wales between 20 October and 3 December 2015. The Maritime Coastguard Agency is also proposing to introduce the EMF Directive that would apply to UK-registered vessels as well as foreign flagged ships in UK ports.

Overall the EMF Directive aims to introduce "minimum standards of EMF safety" so dutyholders to can reduce the levels of risk EMFs pose to employees. The Directive does not cover suggested long-term effects of electromagnetic fields, since there is currently not enough evidence.

For the consultation document, draft guidance to support the Control of Electromagnetic Fields at Work Regulations (Northern Ireland) 2016 and to comment on the proposals, click here. The closing date to submit comments is 28 March.