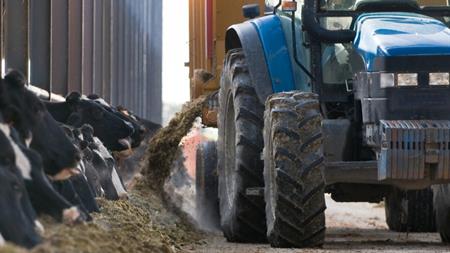 During the blitz inspectors will look at farmers' use of proper handling facilities, including a race and a crush, whether they have a rigorous culling policy in place for temperamental animals, and staff training programmes.
Of the 33 fatalities in the agriculture industry that were recorded between March 2017 and April 2018, eight incidents involved cattle making it the most common cause of death.
This is similar to the five-year annual average, where struck by a vehicle, killed by an animal and falls were the top causes of fatal injury.
Andrew Turner, head of agriculture at the HSE, said: "The campaign focus is timely as last year eight people died on farms in cattle-related incidents, nearly one quarter of the total deaths on British farms.
"Last year 33 people were killed in agriculture across Britain and those working in the industry need to realise that death, injuries and cases of ill-health are not an inevitable part of farming and can be prevented.
"We must not become complacent and accept this as the norm. Farmers should plan their work, know the risks and use the right controls to ensure that everyone can go home health from their work."
Topics:
Safe systems of work
Agriculture and forestry
News