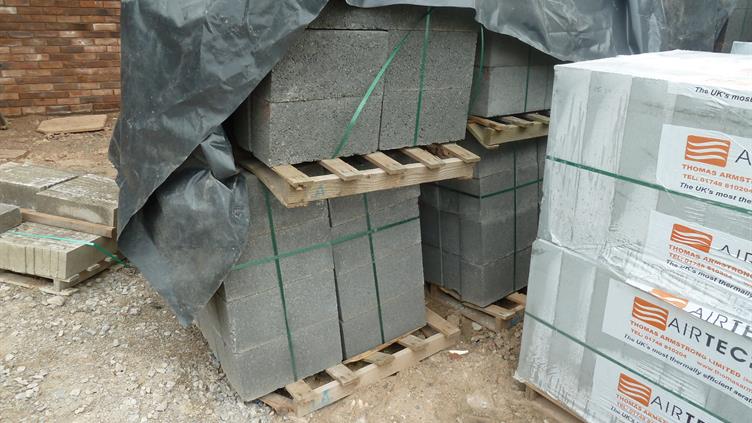 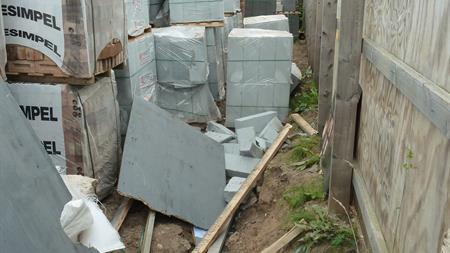 As we reported last month, Altin Homes was leading the construction works at a former petrol station in Altrincham. On 16 June 2014 a stack of building blocks collapsed and fell through timber hoarding onto Woodlands Road.

A member of the public reported the incident to the police at 9.20pm. The police contacted the local authority which notified the Health and Safety Executive (HSE) after deploying an emergency clean-up team.

Two days after the incident was first reported, HSE inspector Matt Greenly visited the site. He found the hoarding had been replaced and palletised building blocks stored behind it. Some of the building blocks had not been stacked squarely on the wooden pallets, some pallets were weak and near collapse and others were on uneven ground.

These poorly stored blocks were at risk of crashing through the hoarding again and Greenly told Altin Homes to move them immediately. He served the company with two prohibition notices, two improvement notices and a notification of contravention.

Greenly returned to the site two weeks later and, although Altin Homes had satisfactorily dealt with the scaffold inspection and welfare issues, the unsafely stored blocks had not been removed. He served a prohibition notice stopping all work due to lack of competency and the site was temporarily closed.

"The site wasn't being well managed," explained Greenly. "It transpired that the site managers had little or no experience of construction work. It was deemed that they didn't have the competencies to run that site. Construction firms have all the correct equipment to make level ground and to make it solid. In this instance they either chose not to or didn't understand the requirement to and that's what led to the incident."

Altin Homes made the site safe and work resumed six weeks after it was closed down.

In Trafford Magistrates' Court, the company pleaded guilty to breaching Sections 2(1) and 3(1) of the Health and Safety at Work Act and was fined £20,000 for each charge. It also pleaded guilty to failures under Regulation 22(1)(a) of the Construction (Design and Management) Regulations 2007 but there was no separate penalty under this charge. It was ordered to pay costs of £3,000.

The judge did not apply the new sentencing guidelines, which came into effect on 1 February for health and safety offences, corporate manslaughter and food offences and the company was not committed to the Crown Court for sentencing as recognition of its early guilty plea.