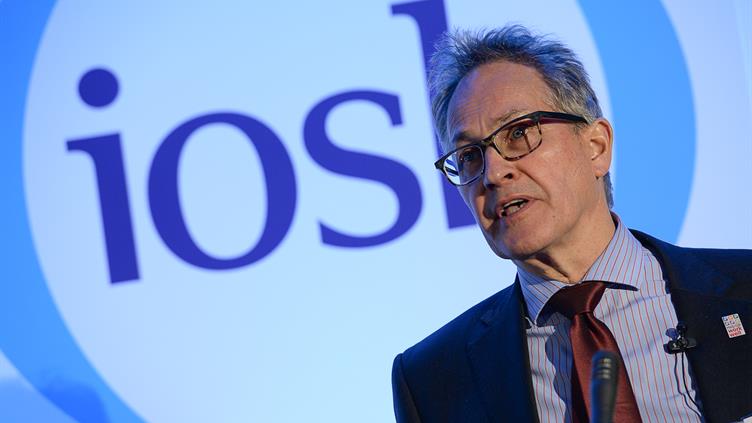 Peter Brown, head of the HSE's health and work programme, told IOSH's National Safety and Health Conference that the pilots would evaluate the effectiveness of the standards, which were first published in 2004, in preventing and managing work-related stress in education, health and the prison service.

The HSE plans to use the findings to develop sector-specific guidance that offers employers "tested" solutions to be rolled out across these sectors. The guidance will consider issues such as 24/7 connectivity, organisational justice and new technology.

The three two-year pilots, which form a key objective in the HSE's stress work programme, will be carried out in 26 schools, one NHS board and a prison.

The regulator's renewed emphasis on stress follows a period from 2007 to 2015 when it was deprioritised along with work to prevent or minimise musculoskeletal disorders (MSDs).

Brown, who presented a session on the HSE's Helping GB Work Well campaign, said MSDs would also be targeted, along with occupational lung disease.

On MSDs, he said HSE would encourage organisations to design out hazards rather than contain them and focus on the construction, manufacturing, agriculture, logistics and transport, waste and recycling, and health and social care sectors. The emphasis would be on training people to eliminate MSDs and an increase in inspections. The HSE is also developing a 'Go Home Healthy' microsite on its main website to profile case studies of exemplary health management.

On occupational lung disease, Brown said the HSE would promote the concept of a healthy workplace as a social norm. He told delegates that, because social norms change, the HSE needed to ensure employers understood that employees should not have their health damaged in the workplace.

"It's not going to be easy, but we're starting to work with employers to ask, 'What standards are you prepared to tolerate? What do you think should be the norm?'."

Brendan McConaghy, lead physiotherapist occupational health at Belfast Health and Social Care Trust, outlined his organisation's "B well" approach to improving health and wellbeing for its 22,500 employees. He highlighted B well's website and app, launched in November 2015, which were designed to encourage individual employees to become champions of their own health and wellbeing.

"There are real challenges in the health care sector," said McConaghy. "Some of the jobs are intrinsically difficult physically. We see back pains, strains, sprains and injuries very often. You can engineer out some of the risks. You can optimise or reduce the load -¦ but sometimes you can't. We will give them the tools to make them as strong as they can be so their physical capacity meets the demands of the job."

He told delegates that many staff do not have access to PCs during their working days, so the app allows employees to access wellbeing advice and support from their smartphones. The app contains more than 50 videos and more than 90 minutes of voice recordings, devised by the trust's OH physiotherapists, clinical psychologists, cognitive behaviour therapists and health improvement team.

The material includes videos of physiotherapists demonstrating exercises and clinical psychologists reading through relaxation exercises they use with patients. It was developed in response to staff demands.

"The feedback we were getting was that people were very keen and willing to go on to YouTube or to Google exercises for back or knee pain," McConaghy said. "The challenge was that some of that advice was really sensible and evidence-based but [in other cases] you shouldn't even attempt the exercises."

Delegates were told that it took only three months to build the app from scratch. At a cost of £10,000, it represented a sound investment for an organisation with an absence bill of £35m a year, McConaghy said, adding: "It didn't hurt that our acting chief executive was the chief medical officer for Northern Ireland, who had a particular interest in wellbeing."

Pauline Munro, partner at commercial law firm Gateley, provided a legal update and pointed to the increase in prosecutions brought by the HSE since 2011. She said: "While there is a decreasing number of HSE officers [due to] government budget [cuts], because of the implications of the sentencing guidelines the temptation to prosecute is just greater. This will be an increasing trend."

She added that the frequency of individual prosecutions was also rising, driven in part by the HSE being emboldened by its "better results in the courts" and because of its policy of seeing prosecution as a deterrent to bad safety management.

Munro highlighted the new sentencing guidelines proposed for manslaughter offences and the prospects for tougher penalties.

"The highest level of culpability under the new guidelines would face a benchmark sentence of 12 years in a range of 10-18, which is a million miles away from a six-month custodial sentence suspended," she said. "There is definitely a ramping up to bring gross negligence manslaughter in line with other sentencing."