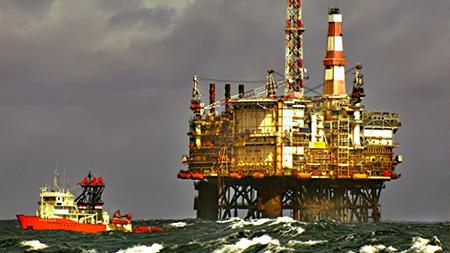 The North Sea operator was handed the notice on 18 July after it had exposed staff to "serious risk" when a sling used to lift the riser failed on 4 May 2018 and dropped the section around 1.5 m on to the Magnus platform.

The notice claims that EnQuest failed to ensure that contractor Odjfell Drilling's lifting plans had "effective measures in place".

The HSE said that if deck crews had been following preapproved lifting plans "the two members of the deck crew would not have been exposed to serious risk to their safety when the polypropylene sling, which had been used to lift the flange riser section weighing approximately 2.6 tonnes failed."

In Energy Voice, an EnQuest spokesperson said: "EnQuest can confirm that a lifting incident occurred on the Magnus platform on 4 May and that an investigation is under way.

"No-one was injured, and we have taken the learnings identified to date to prevent re-occurrence.

"We are fully engaged with the HSE and on target to comply with the terms of the notice by the required deadline."

Jake Molloy, regional organiser of the National Union of Rail, Maritime and Transport Workers, said: "The Magnus incident is one of several we've had this year, and a number involving lifting incidents."

He said there were several reasons for recent high-potential near-misses.

Molloy said: "For us, it's a reflection in a change of culture we're seeing offshore in terms of low moral and question marks over adherence to procedures, which we feel are recurring around this fear of employment and the pressures of the job."

The Magnus platform is one of the most northerly located oil platforms in the North Sea and has been producing since 1983.