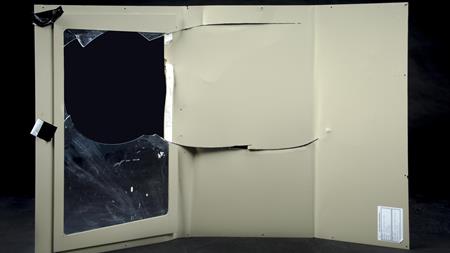 The Health and Safety Executive (HSE) investigation into the fatality in Emmadale Close on 13 August 2015 identified a host of failures by the three companies.

As the property's owner, Synergy Housing had primary responsibility for the lift's safety while sister company Aster Property arranged the lift's maintenance. Both are part of housing association the Aster Group, which describes itself on its website as an ethical landlord.

Lift installer Orona was responsible for servicing the lift every six months. Aster Property had taken over the management of the contract with Orona on behalf of Synergy Housing in June 2013.

Bournemouth Crown Court was told that when Matthew and Lorraine Brown moved into the three-bedroom property with their three children in 2009, the disability lift was already installed. Their 11-year-old son Jack, who suffers from a degenerative neurological condition and is wheelchair-bound, used the lift to get to the first floor.

On the day of the fatality, Jack's sister Alexys got into the lift to retrieve his mobile phone. She put her head through a hole in the vision panel and, as the lift moved upward, her head was trapped between the lift and the ground floor ceiling.

The BBC reported that firefighters had to cut her free as there was no emergency key or handle to lower the lift. She died of her crush injuries at the scene.

The HSE found that one of the Perspex vision panels in the lift was damaged early in 2013, up to 18 months before the incident. However, the panel remained in a damaged state and was never repaired or replaced.

On 12 May 2015, Orona sent an engineer to inspect the lift. After completing a service inspection, he noted "glass door is smashed" in his report but no action was taken to fix the broken panel.

HSE inspector Leo Diez said that safety-critical work had been missed over a long period, which meant that "the lift became more dangerous for the Brown family to use."

According to HSE guidance, lifts that carry people should be inspected every six months. But the Browns' lift had only been serviced four times between 2009 and 2015 and had not been thoroughly examined since 2012. No lift inspections had been carried out between December 2013 and 12 May 2015.

The Browns had not been given a manual explaining how to operate the lift safely. In addition, no risk assessment had been carried out. Concerns raised by Jack's health workers were not taken seriously enough, the HSE found.

Safety issues raised after the service inspections were not acted on. Documents dating from January 2011 showed that some of the lift's controls did not always work. The HSE found there was no emergency release handle, which would have enabled the tenants to lower the lift.

The key switch that controlled the lift had been modified from factory installation, so the key could be removed in any position. The HSE found that the switch was in the "on" position with the key removed, so it could be operated by anyone at the time.

The BBC reported that Orona had twice quoted to replace the lift, but Synergy Housing had not approved the work because it was considering building a ground-floor extension for the family.

Synergy Housing, of Link House, West Street, Poole, which had pleaded guilty to breaching s 3(1) of the Health and Safety at Work Act at Bournemouth Crown Court in August 2018 must pay £1m and £40,000 costs. The charge against Aster Property was ordered to be left on the court file.

Orona, of Europe View, Sheffield Business Park, Sheffield, which had also pleaded guilty in August to the same breach, was fined £533,000. It must also pay £40,000 costs.