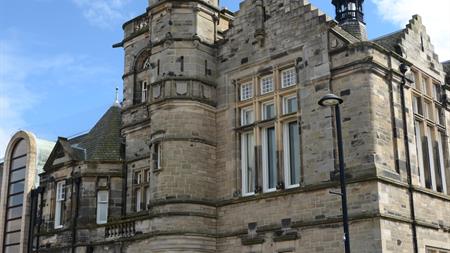 Kirkcaldy Sheriff Court was told that on 7 January 2015 John Philbin had gained access to the Chapel Level residential development, for which Sandford Park was the principal contractor, through a gap in a hedge.

Philbin, who had the onset of dementia, fell into the excavation, which had flooded with rainwater, and drowned. The site had been closed at the time due to bad weather. A ground worker found his body the next day.

An investigation by the Health and Safety Executive (HSE) found Sandford Park had installed no fencing around the site.

HSE inspector Gillian Anderson said inspectors found "numerous and longstanding failings with regards to securing the site boundary to ensure that members of the public were protected from the significant and well-known risks present on the construction site."

She told IOSH Magazine that the outer edge of the construction site, where Sandford Park had been building 189 houses, comprised other properties' boundaries and a public park.

The HSE concluded that Philbin had walked on to the site through a large opening in a hedge that separated the development from a park.

"There were many places where Mr Philbin could have gained access through the jumble of fencing," Anderson pointed out, "but he was found in the vicinity of a significant gap in that piece of hedge."

She said the HSE had served an improvement notice that required Sandford Park to secure its site "in accordance with the level of risk posed". It complied and erected 1.8 m-high Heras fencing.

On 26 May Sandford Park pleaded guilty to breaching reg 22(1) of the Construction (Design and Management) Regulations 2007 for failing its duties as the principal contractor.
It was handed a £110,000 fine.