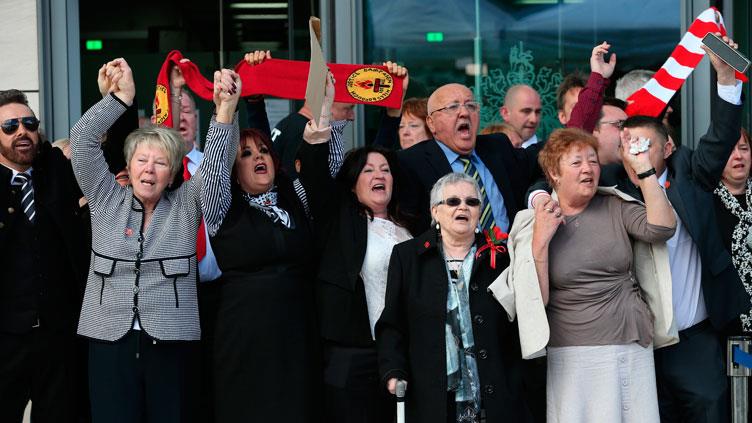 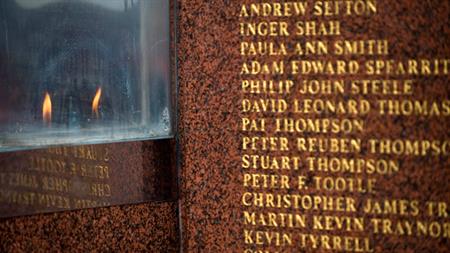 Liverpool FC fans were crushed on a terrace during an FA cup Semi-Final between Liverpool and Nottingham Forest at Sheffield Wednesday's ground on 15 April 1989.

Overcrowding in the enclosures that subdivided the stadium's Leppings Lane terrace was compounded by failure to restrict entry into the pens after spectators began to be crushed.

The nine person jury had been deliberating since 6 April at the Coroner's Court at Birchwood Park, after listening to evidence for two years - making the inquest the longest running in British legal history. They had been given 14 questions to decide how the 96 people died.

Question 6 related to unlawful killing and to the role of chief superintendent David Duckenfield, who was in charge of police operation on the day.

The jurors concluded that chief superintendent Duckenfield failed in his duty of care to the victims, and it was this breach of duty which caused their deaths, as a result of his gross negligence.

An inquiry by Lord Taylor of Gosforth immediately after the incident, which took evidence from 174 witnesses, criticised Duckenfield's decisions on the day of the incident when he had refused to postpone the start of the match as overcrowding became hazardous at the Leppings Lane end. Lord Taylor found the police were more concerned with preventing crowd trouble than spectator safety.

Nevertheless, the original inquest in 1991 returned a verdict of accidental death. In August 1990 the director of public prosecutions had decided against bringing criminal charges, and in January 1992 the Police Complaints Authority opted not to bring disciplinary action after Duckenfield's early retirement.