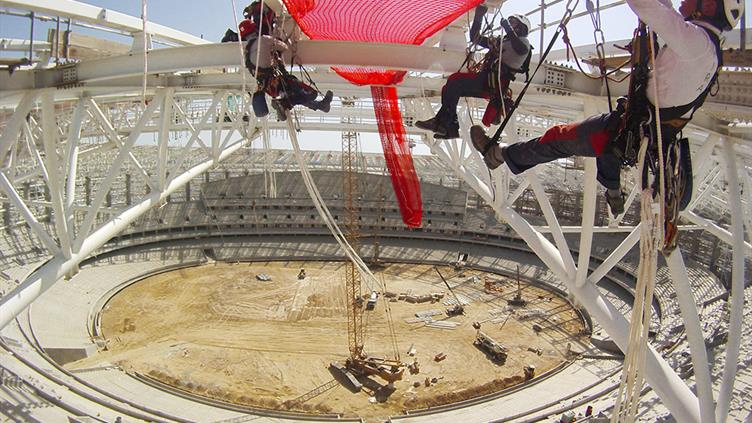 Why do so many workers continue to fall from height, despite the obvious hazards that such activity entails?

Although the UK has consistently had some of the lowest workplace fatality and serious injury rates in the European Union, data from the Health and Safety Executive (HSE) shows that 24% of those who died at work in 2017-18 did so as a result of a fall from height. During that period, 35 families in the UK have been devastated by the loss of loved ones who perished this way, and many more will have had to deal with life-changing injuries.

It was with these facts in mind that the All-party Parliamentary Group (APPG) on Working at Height published Staying Alive, the fruits of a year-long inquiry. The APPG made four key recommendations and proposed two opportunities for further consultation.

The first recommendation is for an enhanced reporting system through the Reporting of Injuries, Diseases and Dangerous Occurrences Regulations (RIDDOR) 2013, but one that does not create extra burden for businesses. As a minimum, this system would record the scale of a fall, the method of the activity and circumstances.

Staying Alive concludes that "-¦ one measure in particular that would assist industry attempts to improve practice would be enhanced inspection and reporting. There was broad consensus among respondents that this measure would help instruct, direct and encourage improvements in working at height-¦"

At present, there is a lack of reliable data that can be used to understand the root causes of falls from height. Yet this very data could inform the policies of government and businesses, trade association guidance, and regulations.

In response to Reclaiming Health and Safety for All, published in 2011 and known as the LÃ¶fstedt report, the HSE amended RIDDOR in 2013 to reduce the reporting burden on industry. As a result, it was no longer necessary to collect detailed information on the distances that workers fell.

On the basis of the adage 'if you can measure it, you can manage it', the collation of useful data is paramount

Between 1978 and 2002, the government used to collate accident data through the home accident surveillance system and the leisure accident surveillance system. The two linked databases held details of home and leisure accidents that caused an injury serious enough to warrant hospital treatment. However, in 2003, the government announced it would no longer fund the collection and publication of this data so, although hospitals may continue to collect the data, that relating to falls from height is not shared with industry.

On the basis of the adage "if you can measure it, you can manage it", the collation of useful data is paramount. In addition, the burden on industry is not high (particularly when some information is required in any case). Without this vital information, it does appear that it will be difficult to gain further insight into the causes of work-at-height accidents.

The report's second recommendation is to appoint an independent body, which would allow for the confidential, enhanced and digital reporting of all near-misses and accidents that do not qualify under RIDDOR. The data would be shared with the UK government and wider industry to inform occupational safety and health policy.

The APPG looked at two confidential schemes. The first was the Confidential Reporting Programme for Aviation and Maritime, a charitable trust; the second was Confidential Reporting on Structural Safety (CROSS). In the case of CROSS, reports submitted are confidential and neither personal details nor information that could be used to identify a project or product are seen by anyone other than a "designated person".

Both schemes are financed and supported by their respective industries and are led by expert panels. Important features include: trust in confidentiality; independence (in particular from the regulator); ease of reporting; dialogue with the reporter; and closure (seeing an output of some kind).

The third recommendation is to extend the Working Well Together and Working Well at Height safety campaigns to industries outside the construction sector.

The HSE part-funds, with industry, a network of regional groups. The Construction Industry Advisory Committee (CONIAC) set up Working Well Together in 1998 after it recognised that construction needed to do more to improve its OSH performance, particularly among smaller businesses. The campaign is now under the auspices of CONIAC's working group that supports small employers. 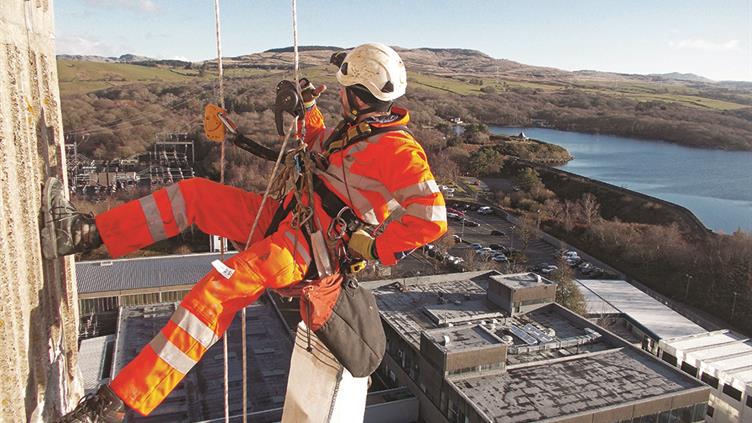 The group delivers free and low-cost events to inform these harder-to-reach employers on the benefits of working safely and they regularly include practical demonstrations from industry bodies and trade associations. Follow-up evaluations show how delegates have implemented the changes after returning to work.

In 2017, the Access Industry Forum, which represents 11 of the leading trade associations and federations involved in height safety, joined with Working Well Together to deliver Working Well at Height events.

The APPG's final recommendation is to extend to the rest of the UK a system equivalent to Scotland's, under which ministers must report on workplace deaths in line with s 29 of the Inquiries into Fatal Accidents and Sudden Deaths (Scotland) Act 2016. Fatal accident inquiries are the legal mechanism through which these deaths are investigated, usually in the sheriff courts. The outcomes of all determinations are publicly available and can be accessed online.

A system such as this would ensure that the circumstances of fatal injuries relating to falls from height are properly investigated and reported on. It can only be of benefit to industry, particularly if there is a standardised way of reporting and analysing any determinations to identify causes and trends.

Although industry is well supported by trade associations with established guidance, too many workers continue to be killed each year

The first is the creation of a digital technology strategy, which would include new tax relief for small, micro and sole traders so they can invest in new technology.

The APPG report is not clear on how this might happen. Companies that develop products can already apply for a lower rate of corporation tax on profits earned from patented inventions and some other innovations, a relief known as patent box.

The UK government is to invest more than £26m in robots for confined spaces and work at height. The Industry Strategy Challenge Fund has supported projects to develop machines for maintenance and inspection. It would be helpful if the Department for Business, Energy and Industrial Strategy's priorities were in line with the HSE's sponsor, the Department for Work and Pensions.

The introduction of the Work at Height (WaH) Regulations 2005 prompted innovation in equipment and methods. Although this trend has slowed, innovation continues in these areas:

Although many organisations use technology to identify issues rather than send a person up to work at height, an individual still has to undertake the repairs. In this sense, robotics has yet to catch up. Why can't more effort go into developing solutions for safe work on fragile roofs, for example, where workers continue to be killed? This is where tax incentives may be useful. Alternatively, why not consider grants awarded through a "competition of ideas"? The prospect of reward drives innovation.

Falls though fragile roofs have been persistent killers for decades and much of the equipment used to prevent these is heavy and cumbersome. Although the use of safety nets has been hugely beneficial, this equipment was introduced extensively more than 20 years ago. Another "step change" is needed.

The second area highlighted in the report concerns a review of work-at-height culture. This should include an investigation into the suitability of legally binding financial penalties in safety and health -- funds that could be used to raise awareness of the risks and provide training, particularly in hard-to-reach sectors.

3) The fear of prosecution or protracted legal issues.

More could be done to try to unpack the indicators of a positive safety culture. These include:

Overall, the WaH Regulations are satisfactory. They have broadly met their stated objectives, and the decision to go beyond the requirements of Directive 2001/45/EC was correct. Consolidating and replacing previous work at height legislation was part of a wider strategy to reduce the number of accidents due to falls from a height.

Although industry is well supported by trade associations with established guidance, too many workers continue to be killed each year. The efforts of many should be acknowledged, but the debate reignited by the APPG must continue. Gravity is no respecter of people.

We recently held a roundtable on the Staying Alive report, featuring industry experts. Read the transcript here or watch the videos here.