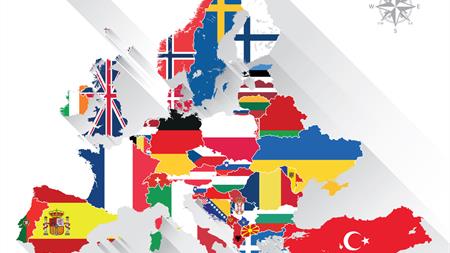 Organisations in the UK and the Republic of Ireland, the Nordic countries and southern Europe, such as Spain and Portugal, were also likely to have higher levels of good practice than those in other countries.

Professor David Walters and Dr Emma Wadsworth from the Work Environment Research Centre at Cardiff University analysed data from the second European survey of Enterprises on New and Emerging Risks (ESENER-2), published in 2015, which covered almost 50,000 workplaces in 38 countries, including the EU-28 member states. The analysis was carried out for the European observatory and funded by EU-OSHA.

Management of psychosocial risks came third in the ranking of implementation of good OSH practice, the research found, behind safety and physical health measures. The report suggests this may be because psychosocial risks are the least visible and therefore more challenging to manage; they are often a product of wider work organisation, which means they are beyond the remit of OSH systems; and managing them is not always the preserve of OSH practitioners but ceded to human resources staff.

The purpose of the secondary analysis of the ESENER-2 data was to identify measures that might encourage organisations to make a greater commitment to OSH; identify the types of organisations that need greater support to increase commitment; and to help policymakers focus limited resources.

The researchers found that those with the highest level of implementation of OSH measures -- and therefore least in need of support -- were in larger, organisations, the public sector and employers which saw a link between good OSH management and productivity.

Walters and Wadsworth stress that most of the data collected in ESENER-2 came from respondents in relatively stable and successful organisations -- the "better end of the population" -- though even in this sample 23% of establishments said they did not carry out risk assessments. The researchers say future studies should recognise the growing presence of less stable organisations to provide a more complete picture of OSH practice.