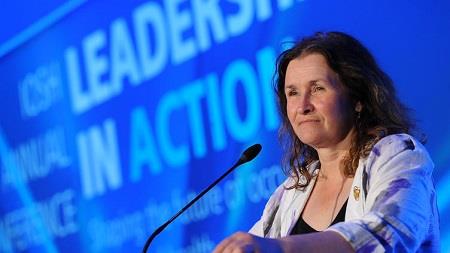 Provisional figures released by the Health and Safety Executive show that 144 people were killed while at work in 2015-16, up from 142 during the previous year.

IOSH has welcomed the HSE's call for all sectors to learn lessons to ensure workers return home safely from work each day, following the release of the figures.

It has also reiterated the positive role that occupational safety and health professionals play every day in protecting workers.

IOSH President, Dr Karen McDonnell, said: "Our shared objective is a world where work is safe and healthy for every working person, every day.

"Britain is renowned the world over for its health and safety systems. The release of these figures, however, is a timely reminder of the need to continue to improve working conditions, both in Britain and across the world.

"IOSH and our members are working with businesses to raise awareness, increase skills and secure improvement. We are striving to ensure the UK gets stronger leadership, worker involvement and access to competent health and safety assistance."

The figures show that 43 workers died in construction, the same as the average for the previous five years. In agriculture, there were 27 deaths, lower than the five-year average of 32.

Twenty-seven people died working in manufacturing, while six workers were killed in the waste and recycling sector.

A total of 103 members of the public were killed in incidents connected to work in 2015-16, of which 36 related to the railways.

Shelley Frost, executive director of policy at IOSH, said the Institution would continue in its efforts to build capability throughout the OSH profession.

She said: "As more business and organisations recognise safety and health as a core business value, OSH professionals need to have the skills, knowledge and experience to help drive change.

"All deaths are avoidable and IOSH is committed to supporting professionals in building capability within organisations, enabling them to deliver an effective health and safety agenda for their workforce. IOSH will also continue its support of driving improvements in priority sectors and OSH issues to ensure we effect change where it matters most."

The HSE has also released the latest available figures on deaths from asbestos-related cancer. Mesothelioma contracted through past exposure to asbestos killed 2,515 in Britain in 2014, compared to 2,556 in 2013.