Health and Wellbeing at Work 2019 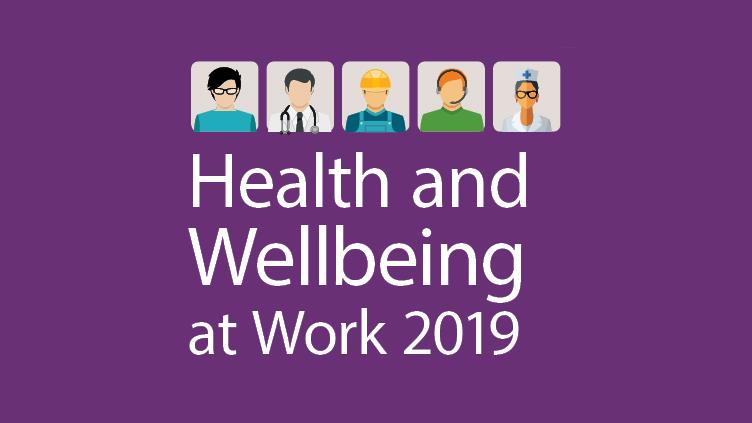 "The biggest disappointment to me in the past 13 years is my own kind," said Dame Carol Black at the start of this year's Health and Wellbeing at Work event on 5 March. Her kind were doctors, who she said had been slow to embrace the potential of the Med 3 fit note and the value of keeping many employees with health problems at work. GPs, said Black, "haven't gone far enough down the road of recognising work as a clinical outcome".

Black was reviewing progress in tackling the shortcomings in arrangements to prevent workers falling into long-term sickness identified in her first review for government in 2008.

Some of the deficiencies, such as the lack of early intervention in ill-health cases, had still not been corrected, she told delegates at the Birmingham conference, while others, such as the integration of occupational health into primary care in the National Health Service, had been at least partly fixed.

On medics' engagement with the fit note, Black said there had been a positive development in the General Medical Council's recent inclusion of a requirement that newly qualified doctors must "be able to describe the principles of holding a fitness for work conversation with patients, including factors supporting functional capacity". 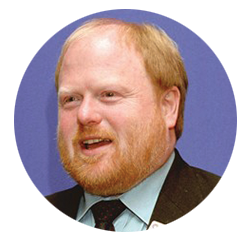 Later, Dr Steve Boorman, former chief medical adviser to Royal Mail, told delegates that the Council for Work and Health, which he chairs, had issued a guide for doctors to help them to structure the conversations that Black said were lacking. Boorman suggested that the guide, Talking Work (bit.ly/2tXUROi), could also be used by safety and health and HR practitioners to support employees off work with mental health conditions.

A phased return after a period of mental health-related absence was an important adjustment, said Boorman, and should be planned in detail with the individual. "There's no such thing as 'light duties'," he said. "It's a meaningless phrase."

"Don't ask if the Equality Act applies, it's a useless question. If someone needs adjustments, they should have them."

Setbacks during a phased return should not be seen as failures, he added. "Your programme should allow for these fluctuations."

Boorman argued it was good employment policy to make adjustments whether or not an employee's condition made it mandatory.

"Don't ask if the Equality Act applies," he said. "It's a useless question. If someone needs adjustments, they should have them."

Making adjustments involved talking to an employee about how their symptoms and their treatment might affect their work. In many cases the largest adjustment would be an element of flexible working so the employee could attend clinical appointments.

Line managers were the critical first point of contact for employees, Boorman said, especially in organisations whose absence policies insisted staff phoned to give a reason for being off.

"The poor line manager gets caught cold on a busy day by someone on the phone saying, 'My wife is dying of cancer and I can't cope'."

Untrained managers might be tempted to say that it will be all right in the end, whereas after training they would know to signpost employees to an employee assistance programme (see "Value Judgements", IOSH Magazine, March 2019, or bit.ly/2J5Q3Rw) or other support service the organisation provides and focus on practical help it could offer.

It was usually in the organisation's interest to make the adjustment. However, the decision about which changes were reasonable rested with the employer, and there had to be limits. (Employers often make the mistake of over-promising support, he warned.)

Boorman gave an example from his former employer, where it was not possible to adjust the schedule of a delivery worker who could work only in the evenings. "People want their post in the morning," said.

The best use of leading and lagging indicators to measure employee health and wellbeing was the theme of the presentation by IOSH's head of advice and practice, Duncan Spencer, on the conference's second day. 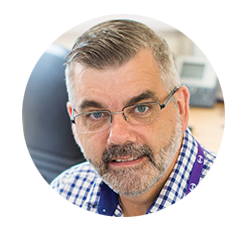 The common metrics used by organisations, such as sickness absence rates and occupational health referrals, were just "scratching the surface", he said. "It's time for us to be a bit more scientific."

Even when businesses tried to add leading indicators, such as number of people trained, their focus was often in the wrong place.

"The number of people put through a training course is an output," he said. "You really want to know whether that training changed behaviour. That's an outcome."

The number of people put through a training course is an output, "You really want to know whether that training changed behaviour.

Another mistake was to concentrate on measuring interventions to triage and reduce problems that have already happened, such as mental health first aid provision and take-up rates for employee assistance programmes. This data should be balanced by information about the concerns of healthy employees or the difficulties of those with early indicators of stress or sickness in identifying what employers can do.

Asking workers about their work-related frustrations commonly results in concerns such as glare on computer screens. "Exactly the kind of thing an organisation can do something about."

Spencer said it was possible to see risk assessments as a leading indicator; not the assessments themselves but the speed with which the controls they mandate are put in place. "Did we act quickly enough? That's the indicator for me," he said.

In a session on managing employee data to remain compliant with the EU General Data Protection Regulation (GDPR), lawyer Adele Hayfield of Shoosmiths warned: "If you are one of those organisations that has always kept everything -¦ I am afraid the world has changed."

GDPR required disposal of personal data as soon as it had served the purpose for which it had been gathered, she reminded the audience, so it was no longer acceptable to keep details "for a rainy day". She suggested three retention limits for employee data:

After ensuring his audience was sitting comfortably, Professor Peter Buckle of the Robens Institute summarised his review of the published research on the health effects of sedentary work. 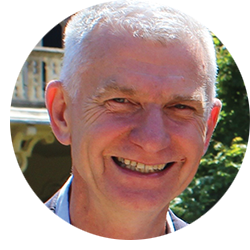 "When I started this study, I thought there was a relationship between the two things," he admitted, but the studies showed "it is unlikely that occupational sitting is independently causative of lower back pain".

One possible exception was teenagers who spend long periods hunched over small screens such as tablets and smartphones. Here, studies did show a risk of musculoskeletal problems.

"These young people are the workforce of tomorrow and we have to monitor them," he said.

Buckle returned in a later session to talk about the lessons he had learned in a career that has included writing more than 300 peer-reviewed research articles on ergonomics and design.

"If I was starting out in this job, what would you warn me about?".

He stressed the need to avoid assumptions about the way tasks are carried out in practice when trying to control the risks involved. There was no substitute for watching workers and for asking about their jobs. His preferred variant on the common question about risky parts of a worker's duties was, "If I was starting out in this job, what would you warn me about?".

Other questions that had served him well included three he had learned to ask about new ttechnology proposed for workplace use:

Most employers anchor in hope that their wellbeing initiatives will produce fitter, happier workforces, but the evidence base for many common offerings is thin.

Most of the programmes submitted were from private providers, said Rand Europe's research leader, Michael Whitmore, who presented the study to delegates. Better mental health proved the most common theme, though the issues covered ranged from managing the menopause to ergonomic assessments. He noted a dearth of services offering support with financial problems, though money worries rank high when workers are asked about barriers to wellbeing.

"Few interventions reached a grade above Nesta level two," Whitmore said, indicating that they had no more than early evidence of a beneficial effect. Only one, a digital sleep training product named Sleepio, merited Nesta level four, with independent studies proving its efficacy. Level three projects -- which could show causality in the intervention improving health compared with a control group, included ESCAPE-Pain, a rehabilitation programme for people with chronic pain, and online mindfulness stress-reduction course Be Mindful. Case studies of some of the programmes are contained in Rand Europe's report Promising Practices for Health and Wellbeing at Work (bit.ly/2CbsMYt).

The varying levels of supporting data for the interventions' value was a reminder for anyone procuring wellbeing support to do due diligence. "Ask providers what evidence is there that their service supports health outcomes," said Whitmore.

End of their tethers 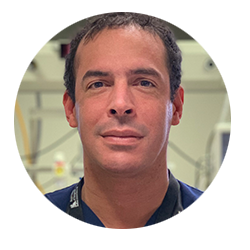 Gavin Rogers, operations director of consultancy March on Stress, offered delegates a primer in the causes and nature of trauma. He said the condition divided into two types. Trauma 1 derives from sudden exposure to death or serious injury or the threat of either. Trauma 2 is a longer-term condition in which repeated exposure to threats or high-stress situations "chips away" at an individual's security and has a cumulative effect. "Their ability to bounce back is impaired," he said, "and you want to catch them before the final straw."

In a conference slot dedicated to "psychological safety", Dr Malik Ramadhan, divisional director of emergency care and trauma at the Royal London Hospital, spoke of how medical and support staff treating cases of trauma 1 day in, day out in his accident and emergency unit can approach a state of trauma 2. Their work at one of the capital's dedicated trauma centres involves treating stab victims, abused children and victims of terrorist attacks.

When staff were asked how they could be better supported, their requests were for practical measures.

Ramadhan said surveys showed morale and motivation at dangerously low levels and many were planning to leave. But when staff were asked how they could be better supported, their requests were for practical measures. The lack of staff lockers had led to repeated theft of valuables and the doors on the unit had been broken for three years, compromising employee security. These issues were fixed and supplemented by other measures with the help of consultancy Wellbeing Works. These included training to improve communications in one-to-one meetings, a more positive tone at shift handover briefings, and extra support for reception staff abused by angry patients and relatives. The upshot was that morale had improved.