Health and Wellbeing at Work 2018 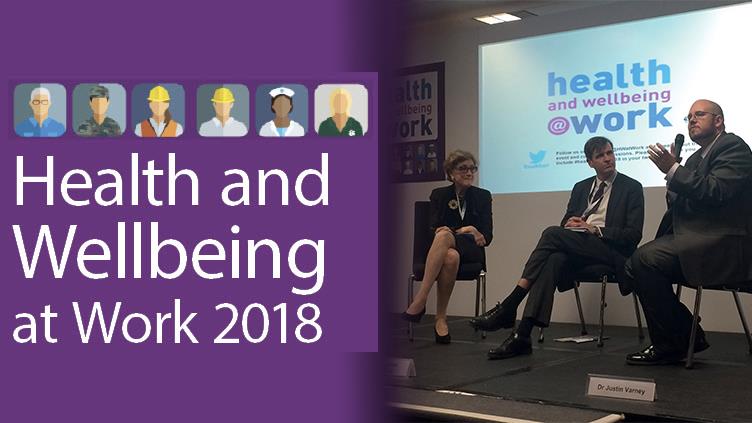 "It's lovely to have a salad bar, but not if you have to wade through carcinogens to get to it," said Peter Brown, head of the Health and Safety Executive's health and work programme.

In one of the first sessions of this year's Health and Wellbeing at Work conference in Birmingham on 6 March, Brown noted that good employers prioritise controlling serious health hazards over the softer wellbeing measures once described by BT Group's chief medical officer Paul Litchfield as "fruit and pilates".

Brown rehearsed the HSE's current priority areas for health management: reducing lung disease, musculoskeletal disorders (MSDs) and work-related stress. He said the executive was refining its guidance on the legal duty to manage stress. Asked by a delegate why the HSE had not enforced that duty, Brown said that "there is some evidence that if you go down the 'stick' route it does more damage than good", suggesting that HSE prosecutions might be more likely to be unsuccessful because of the multifactorial nature of stress.

In a later session on employment law, Anthony Gold Solicitors' managing partner David Marshall made a similar point. Though 500,000 UK workers report suffering from work-related stress, anxiety and depression and 11.7 million working days are lost to these conditions each year, Marshall said few people affected seek to bring claims in court, and even fewer succeed.

To establish an employer's legal liability, the claimant must show that the "adverse reaction" they had to excessive pressure placed on them "led to a recognised psychiatric injury", he said.

The claimant must also prove the employer could have reasonably foreseen the harm, for example if the employee had an earlier breakdown, or if other staff from a comparable team had been off work sick and that the organisation's alleged breach of duty caused the injury.

The latter may sound obvious, said Marshall, but in Hatton v Sutherland [2002] it was established the claimant "must show that that breach of duty had caused or materially contributed to the harm suffered. It is not enough to show that occupational stress has caused the harm."

He said that if the employee would probably have developed a psychiatric condition anyway, minimal money damages could be awarded.

"A judge might find that, even if the breach was foreseeable and it did cause damage, it might well have happened anyway because effectively that person is very fragile. That's a defence that can be used," said Marshall.

Peter Brown's warning not to get carried away with the more fashionable aspects of wellbeing provision at the expense of more pressing concerns was symptomatic of a note of caution running through some of the presentations.

Hilary Norbury, the UK government Home Office's health and wellbeing strategic lead, described her work in 2017 to draw up an evidence-based strategy. After reading research published by organisations including IOSH, the National Institute for Health and Care Excellence and the World Health Organization, she said she had not included employee health checks, flu vaccinations or mindfulness as there was no robust evidence for their efficacy.

Linney added that businesses should use data to inform strategy outcomes. However, she drew on a recent survey that Nuffield Health carried out with companies with more than 1,000 employees. This found that 30% of respondents did not collect any data on absence.

"It's the biggest cost to their business and they are not measuring it," she said. "What we also saw was that there was a direct correlation between them not understanding the most prevalent risks in their business." 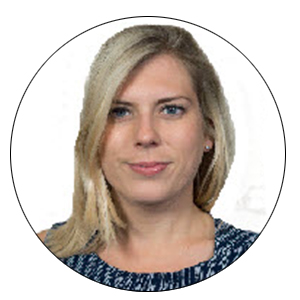 The issue of multiple conditions among older workers came up again in a discussion between Dame Carol Black, the Department of Health's adviser on improving the welfare of working people, and Dr Justin Varney, Public Health England's lead for adult health and wellbeing, about the work implications of ageing and a working world in which the "100-year life" becomes the norm.

"More and more we are seeing patients with cancer and cardiac disease," said Varney. More older workers will mean more frail workers, whose capacity to "bounce back" after illness is diminished, said Black. "We used to think frailty only happened to the very old," she said, "but it is now found in 50 and 60 year olds. She suggested employers will have to concentrate more on maintaining good health among their 20- to 40-year-old workers to set them up for longer working lives.

Sloan said the strategy has been supported by a series of monthly campaigns. November's campaign focus on suicide had to be scaled back, she said, when planning revealed how unprepared both managers and employees were to talk about the issue. To help start conversations, the company distributed coasters in public areas with helpline contact numbers and facts about suicide.

The company plans to put all its senior staff through mental health training this year. She added that Anglian Water had been voted second best place to work in the UK in 2017 on the Glassdoor website, which enables employees and former employees to review companies and their managers anonymously.