Health and safety “at the root” of successful film-making 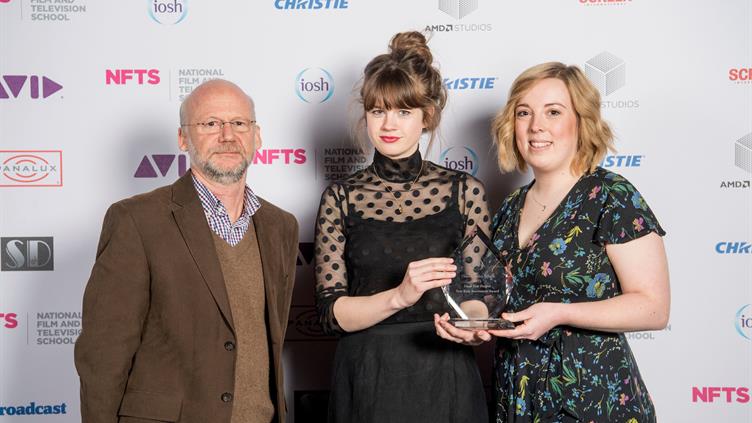 Sabina Smitham and Emma Clarke said it is not possible to make "a great film" with "a tired and hungry crew who feel uneasy about the way you run the floor".

The duo scooped the health and safety gong at the UK's National Film and Television School's (NFTS) Graduation Show.

They were behind the production of Dead Birds, a comedy about a lonely girl who has a desire to be selected for her school's badminton squad amid a competitive relationship with her mother.

It was shot at six different schools, as well as a badminton centre and a restaurant.

The awards were handed out on 28 February in London. The health and safety award was sponsored by IOSH's Thames Valley Branch.

Emma, who was production manager for the film, said: "Health and safety was at the root of any conversation, passing comment or thought about the production of Dead Birds.

"While we never wanted to hold back a wonderful idea of our director and crew, we had to remember that health and safety is all part of the success of making everything run.

"While we had so many complex things to plan for, it was also key to us that the less showy sides of the shoot were carried out in a safe fashion. For example, we paid special attention to making sure the crew were properly fed, taking into account all food intolerances and the physical challenges of what we were trying to achieve, and ensuring that drivers were always properly rested.

"You can't make a great film with a tired and hungry crew who feel uneasy about the way you run the floor."

Sabina, who was producer for the film, added: "We knew we'd come unstuck not only practically but creatively if we didn't start thinking about health and safety in our earliest discussions.

"By thinking about the safe ways to achieve a grand creative idea at an early stage, it meant we were able to avoid creative compromises.

"Health and safety isn't often something people celebrate, but it's something that takes a lot of work for the production team. And in the end, health and safety comes down to looking out for the amazing people who give their time, creativity and energy to making the film. For me, that's what this award recognises."

Speaking about receiving the award, Emma added: "Both Sabina and I are very thankful to have received the award. We worked extremely hard for this film and it's lovely to be recognised for the care and consideration we gave our crew and the project overall."

It was the 12 successive year that the IOSH Thames Valley Branch has sponsored the award, which includes a £1,000 prize.

Chris Stops, chair of the branch's judging panel, said: "It is an honour and a pleasure to continue to be involved with the NFTS. From my perspective, the school is now entering a new era of growth and creativity, and I believe this gives IOSH an opportunity to influence the future creative leaders of the film and TV industry.

"In our own small way, I like to think we help mould their perceptions of how health and safety can impact on their profession from a positive perspective.

"As far as this year's winners are concerned, as in previous years, we had difficulty in choosing the winner from several other films. Sabina and Emma won because of the way in which they identified and managed a large number of safety-related issues."