Hands-free mobiles as hazardous as handset use, study finds 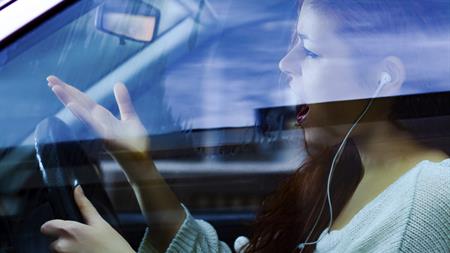 The research, published in the Transportation Research Journal, says that drivers who are engaged in conversation are less likely to spot and react to hazards.

The study, carried out by researchers at the University of Sussex, involved three groups of 20 volunteers watching films shot from the point of view of a road driver and tasked with spotting road hazards such as pedestrians stepping into the road or other vehicles pulling out. The first group was undistracted during the task and the second group was distracted by requests to agree or disagree with statements that required them to use mental imagery and the third group was tested with statements that did not require visualisation. The group members all had a minimum of ten years driving experience and were not aware of the purpose of the exercise.

Hazard detection and response times were best among the undistracted group and worst among those who were asked to answer questions that required visualisation. Eye tracking showed that those in the group that had to visualize were most prone to restricting their gaze to a small section of the road in front of them, reducing their hazard spotting capacity.

"Telephone conversations may interfere with driving performance because the two tasks compete for similar processing resources, due to the imagery-evoking aspects of phone use," say the authors.

In 2006, research by the National Highway Traffic Safety Administration estimated that up to 22% of crashes could be caused by driver distraction, and drivers who perform a secondary task at the wheel are to three more times likely to have a crash.

Lucy Amos, research adviser for the charity said: This new study is only the latest of many which adds weight to extending the existing legislation to cover all mobile phone use within a vehicle, not just the use of hand-held mobile devices. We call on the government to take action and remove the clear and present danger of mobile phones on our roads."