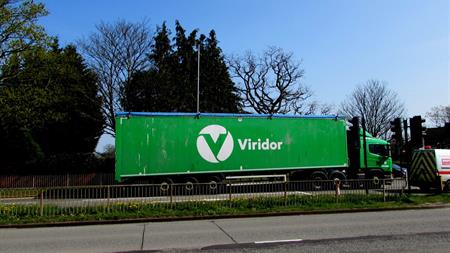 The incident happened at the company's waste electrical and electronic equipment plant in St Helens, Merseyside, on 8 October 2017.
Sefton Magistrates' Court was told that Alan Tabern reported there was a defect on the machine when its hydraulic cutters stopped working, but the procedure to make the equipment safe was not subsequently followed.
The cutters were left close to where Tabern was operating, the Health and Safety Executive (HSE) said. As he moved them out of the way, they amputated the top of his right index finger and severed another.
The HSE's investigation found that although defects with the cutters were common, they were not always reported and the procedure for lock-off and isolation was not permanently enforced.
Viridor pleaded guilty to breaching s 2(1) of the Health and Safety at Work. It has been fined £133,000 and ordered to pay costs of £4,205.
HSE inspector Catherine Lyon said: "The life changing injuries caused by this accident could have been avoided if the procedure for the safe lock-off and isolation of equipment had been followed. Employers should ensure their safety procedures remain effective by monitoring their use and checking that they are being fully implemented."
A spokesperson for Viridor told letsrecycle.com: "Prior to this [accident], Viridor had site-specific risk assessments and safe operating procedures with training for staff at the St Helens site. In addition, in 2008, the company retrofitted additional safety measures and introduced task-specific risk assessments and procedures along with further training on safe behaviours.
"Viridor has also implemented a comprehensive strategy for health and safety called 'HomeSafe'. This is designed to raise standards, prevent harm and create a culture of safety targeting 4,600 people across the company.
"The district judge at Sefton Magistrates' Court acknowledged the company's genuine regret regarding the accident, and recognised HomeSafe as one of the many considerable steps taken by Viridor to raise health and safety standards."
Topics:
Safe systems of work
Work equipment
Manufacturing and engineering
News
Share

London, England
Up to £50000 per annum + plus excellent benefits
Reference
5447891
END_OF_DOCUMENT_TOKEN_TO_BE_REPLACED