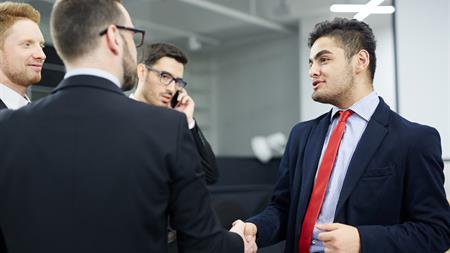 It surveyed more than 2,000 full- and part-time workers in the UK and found that 50% of people said they emulated the leadership qualities of those around them when faced with unfamiliar or challenging professional situations (bit.ly/2xxENnv).

Almost one-third (32%) said they mirrored the behaviours of those they worked with when something went wrong at work.

Despite the prevalence of workers learning by example from their co-workers (74% of respondents admitted they were influenced by the teams they worked with every day), the research found that most employees (58%) would prefer more formal training and development to learn new skills.

The findings suggest that people are not affected by traditional hierarchies when it comes to whom they imitate.

Three quarters (74%) of people who copied their colleagues' humour believed it would help build good working relationships, while 29% of those who mirrored delegation and organisation skills hoped it would result in a promotion or a pay rise.

John Yates, group director at ILM, said of the findings: "People are looking to their colleagues to demonstrate how they work effectively, particularly when it comes to facing up to challenges in the workplace. Whilst it's inspiring to see that professionals are motivated by those around them, it can also be dangerous, as people indiscriminately adopt the behaviours of others regardless of experience or expertise.

"When properly managed, emulation can be a highly valuable way for people to learn. However, organisations should not rely on contagion to upskill employees; with bad habits as likely to spread as good, it is vital that employees at every level of an organisation understand, develop and role model positive leadership skills."

The survey, which comprised more than 30 questions, was carried out in June by research consultant Censuswide.

An ILM spokesperson told IOSH Magazine that participants were asked to describe why they had copied certain capabilities from colleagues, explain when they were more likely to rely on a particular behaviour used by another worker, and list who in the workplace had the greatest influence on the way they worked.