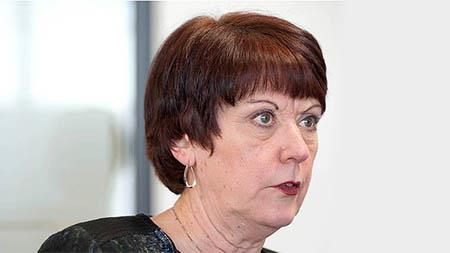 High-risk and complex buildings - defined as those "where multiple people live or stay and for which exceptional events could lead to the risk of large-scale fatalities" -- are subject to regulations which are too complex and poorly implemented, says the report.

The report calls for "simplified and unambiguous" regulations and guidance on fire safety. It says as an interim measure the government should consider "presentational changes" to improve the clarity of Approved Document B, which accompanies the Building Regulations.

Speaking on BBC Radio 4's Today programme before the report's launch Hackitt said of the Building Regulations: "The regulations themselves are pretty simple but what sits below them is a whole series of guidance documents which stacked on top of one another would be two feet high."

"There is clearly an opportunity to make that much simpler and to guide people to the right answer rather than presenting them with all that information," she added.

The independent review was commissioned by the government after the Grenfell Tower fire in June. Its call for evidence drew responses from 250 parties, including IOSH.

Its interim report also calls for a change in fire safety culture.

"At the heart of this required change is a shift of ownership," says Hackitt. "Despite being advised at the outset that the regulatory system for building was outcomes and performance-based, I have encountered masses of prescription which is complex and in some cases inconsistent. The prescription is largely owned by government, with industry -- those who should be the experts in best practice -- waiting to be told what to do and some looking for ways to work around it."

Hackitt says that as chair of the Health and Safety Executive between 2007 and 2016 she saw a shift in construction industry safety led by the regulator and the major employers. "A cultural and behavioural change of similar magnitude" is now required among all those responsible for fire safety, she says, including developers, architects and building owners.

The report calls for the "regular" fire risk assessments required for buildings covered by the Regulatory Reform (Fire Safety) Order 2005 to be carried out at least annually or whenever a building is altered. The risk assessments should be shared with residents and the fire service, it recommends.

The mandatory consultation with fire and rescue services on plans for buildings that are covered by the Fire Safety Order "does not work as intended" says the report. Fire service advice is not always followed.

"Consultation by building control bodies and by those commissioning or designing buildings should take place early in the process and fire and rescue service advice should be fully taken into account," it recommends.

"Responsible persons under the Fire Safety Order are frequently not identified when the building is due to be handed over following construction and therefore people are not aware of their responsibilities," it notes.

Professional bodies representing fire engineers and risk assessors, building control officers and fire system installers must come up with a system to guarantee the competence of people working on complex buildings, the report recommends.

Responding to the report, IOSH strategic development director Shelley Frost said: "In the consultation, we called for the consideration of mandatory accreditation of fire risk assessors for all high-rises, to ensure standards are as high as they can be.

"Part of this is having the right people making the right decisions -- well-trained, competent personnel. With fire safety being a complex issue, systems should be clear, simple to understand and proportionate.

To end the poor documentation of buildings whose design changes during planning or construction there must be "a golden thread for all complex and high-risk building projects so that the original design intent is preserved and recorded, and any changes go through a formal review process involving people who are competent and who understand the key features of the design".

Building control bodies must ensure fire safety information for a building is provided by builders or developers to the responsible person for the building in occupation.

The report highlights the fact that there is no requirement in the Building Regulations for buildings to be brought up to the latest fire safety standards, as long as during any refurbishment does not weaken the existing provisions.

Responding to criticisms that some forms of building cladding had not previously been subject to fire testing in situ, the report says the government should "significantly restrict" the use of desktop studies to approve changes to cladding and other systems "to ensure that they are only used where appropriate and with sufficient, relevant test evidence".

Phase two of the review will focus on specifying a simpler risk-based regulatory system. The report says this revision must not stifle innovation in building design, add disproportionately to costs and build times or burden low-risk, small-scale projects.

Hackitt says she will convene a summit of "key stakeholders" to discuss the new regime early in 2018. Her final report is due in the spring.